Twitter account of president of Bahrain Center for Human Rights revealed that activist Ibtisam Al-Saegh had her right arm broken due to torture.

Nabeel Rajab’s account said that Al-Saegh “has lost 11 Kilos since her arrest and she is still losing weight,” adding that “sugar level in her blood decreased and she lost ability to concentrate.”

The account further stated “National Security Apparatus (NSA) started interrogating Al-Saegh. She was taken to forensic doctor yesterday and it was revealed that she has a fracture in her right arm.” 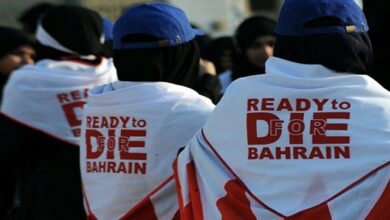