The Bahraini Public Prosecution renewed on Sunday (December 6, 2015) the detention of the prominent Al-Wefaq figure and resigned member of parliament of Al-Wefaq parliamentary bloc in 2011, Sheikh Hassan Isa, for 30 additional days according to Al-Wefaq society’s official Twitter account.

The Bahraini authorities arrested Sheikh Isa on Tuesday (August 18, 2015) at the Bahraini International after his return from a private family trip. The general director of the Forensic Investigations claimed that Sheikh Isa was taken into custody over “cases linked to funding terrorism by providing wanted terrorists in addition to others involved in terrorist acts with amounts of money.” He also alleged that the Al-Wefaq member’s name was linked to a number of “terrorist cases” including the Sitra bombing (July 28, 2015) that left two police officers dead, adding that Sheikh Isa “received donations and distributed them among wanted fugitives”.

The Bahraini Interior Ministry brings charges of “supporting terrorism and overthrowing the regime” against prominent political opposition figures for criticising the government. 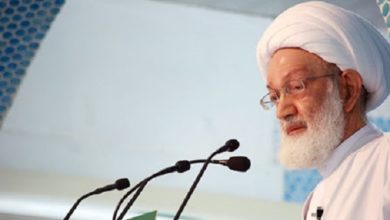 “Deal of Century” is a malicious, dangerous and impudent step: Sheikh Qassem 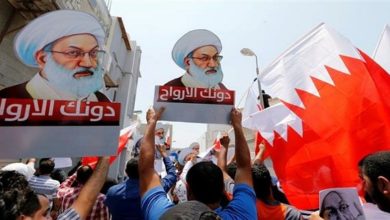 Major opposition figures not among those who regained Bahraini citizenship

Ayatollah Isa Qassim: The door to the opportunities of dialogue