An Australian Member of Parliament called on her country’s government to play a diplomatic role by pressuring Bahrain into ordering the release of political prisoners. Senator Lee Rhiannon, the spokesperson of the opposition Greens Party stated in an address delivered in the Parliament: “Bahrain’s human rights situation continues to deteriorate, following the government crackdown against civil unrest that began in February 2011,” stressing that “over the past four years more than 130 individuals have been killed and over 3,500 individuals have been arbitrarily detained.”

“The Bahrain Institute for Rights and Democracy reports torture and enforced disappearance is on the rise, and prominent opposition members continue to serve arbitrary prison sentences. Children are also routinely detained and subjected to abuse and torture,” she added.

“It is disturbing that since 2011 Bahrain has continued to receive support from Britain through defence ties and arms sales,” the Senator further stated.

Rhiannon also highlighted that: “In Australia, this is an issue that we hear little about. Some former citizens of Bahrain came to speak to me about this situation and to really impress upon me as a member of parliament, the importance of people in Australia understanding what is happening in their country.”

“Freedom of expression and assembly have effectively been outlawed in the country. Following the implementation of decrees issued by the King of Bahrain, protests, rallies and sit-ins have been banned in the capital and routinely suppressed. New laws mean citizens can now be jailed for up to seven years for insulting the King, flag or national emblem,” Rhiannon stressed.

“Some police officers accused of killing protesters in Bahrain have received only six-month sentences, and that becomes a suspended prison term, while some protesters have received life in prison on freedom of expression charges,” she added.

Rhiannon further stated: “Bahraini Activists continue to face harassment and intimidation, with no independent human rights organizations allowed to function freely in the country. International NGOs, media and other outside observers are routinely denied access into the country.”

She also pointed out the fact that the UN Special Rapporteur on torture has been denied access three times, adding that she understands that “Australia has not spoken out on this issue, and I think that does need to change.”

“I add my voice to the call of Bahrain’s citizens living in Australia for Australian diplomatic pressure to call for the release of political prisoners and individuals arbitrarily detained on freedom of expression charges,” Rhiannon announced.

The Australian MP went on to say that: “They have appealed that our government and individual MPs work with Bahraini civil society organizations and human rights defenders to strengthen their capacity and advocacy efforts. There is much that we can do, and I believe we have a responsibility to act,” she expressed. 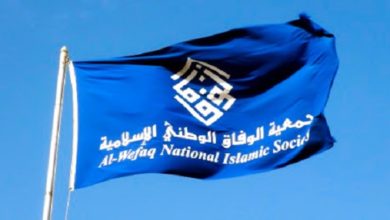 Al-Wefaq: Recent Releases Step Should be Doubled to Include all Prisoners 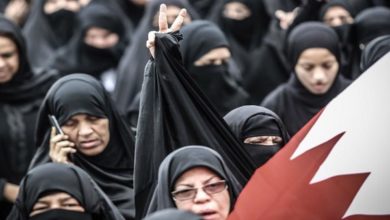