On Nov. 12, Bahrainis went to the polls to elect a national parliament for the sixth time since 2001.

The rulers of the country claim that there has been a good turnout in the election, but did not say when the results would be announced.

Regardless of what the results would be, critics point to the outlawing of opposition political parties and the subsequent boycott of their followers as indicators that Bahrain’s democracy is fatally flawed.

The government, dominated by the ruling family, has barred the two main opposition groups from fielding candidates – the Shia Al-Wefaq and Waad parties which were dissolved in 2016 and 2017.

The election took place more than a decade after a 2011 crackdown on Shia protesters demanding political reforms.

Since then, authorities have imprisoned and tortured hundreds of dissidents from two main opposition groups.

While Bahraini regime’s officials claim that the country has recorded a 78% turnout in Saturday’s election, many critics say that a ban on opposition candidates meant the election will bring no meaningful change despite an alleged turnout record.

According to the Guardian, Amnesty International said this week’s election would be held in an “environment of political repression”.

Human Rights Watch also in November announced that the elections offer little hope for any freer and fairer outcomes.

On October 31, quoting a leading member of Bahrain’s civil society Human Rights Watch reported,” political isolation law is a very obvious and clear declaration of the non-democratic country that Bahrain has turned into. It is impossible for Bahrain to be called a democracy. “

Reuters in a report on the country’s general election wrote, “Bahrain said voter turnout was more than 70% in general elections on Saturday which rights groups criticized as being held in a climate of political repression.”

London-based Bahrain Institute for Rights and Democracy said legislation on voter inclusion appeared to target those who boycotted earlier polls, calling the vote a “sham”. 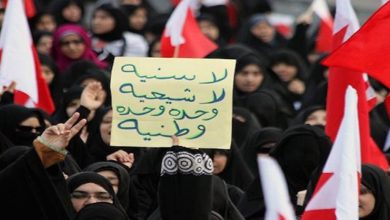