Bahrain’s Al-Khalifa regime forces raided the houses of two female activists, arresting one of them.

Sources told al-Manar website that regime forces raided the house of activists Jalila as-Sayyed Amin in al-Sahla region while she was sleeping. They arrested the activist after forcing her out of the house into an unknown area.

The sources added that the regime forces also raided the house of activist Mariam Sahwan and messed up with her house stuff.

The Bahraini authorities sent Sahwan a summon request, ordering her to appear before the criminal investigations on Wednesday. However Sahwan turned herself in shortly after the raid, the sources told our website. 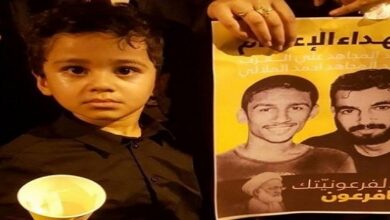