Dozens of rights organizations from across the Arab world, Europe and the United States have called on the Al Khalifa regime in Bahrain to immediately release the secretary general of Bahrain’s main opposition bloc, the al-Wefaq National Islamic Society.

Thirty-seven rights groups on Sunday denounced as deceptive justice the arrest of Sheikh Ali Salman, that according to them, made simply because he had practiced his right to freedom of expression.

The detention is meant to stifle free speech and political freedoms in Bahrain, they added.

The rights organizations further stated that Salman “is known to be a political and national figure that has always called for dialogue and peaceful procedures as clearly stated in the Non-Violence Principles Declaration.”

Al-Wefaq, in a Sunday statement announced that 49-year-old Salman was detained following 10 hours of questioning by Bahrain’s criminal police.

The statement also described any move against Salman as serious and uncalculated adventurism, which would complicate the political and security landscape in Bahrain.

Sheikh Salman was summoned to the criminal investigation department on Sunday morning and questioned about “violating certain aspects of the law,” according to the Bahraini Interior Ministry.

Pro-democracy protesters have threatened the Al Khalifah regime with strikes and the shutting down of public places, universities and schools if it fails to release Sheikh Salman, while a number of clerics have assembled at a mosque in the village of Diraz to denounce the detention.

Bahrain has been the scene of almost daily protests against the Al Khalifa dynasty since early 2011, when an uprising began in the kingdom. Since mid-February 2011, thousands of protesters have held numerous rallies in the streets of Bahrain, calling for the Al Khalifa royal family to relinquish power. 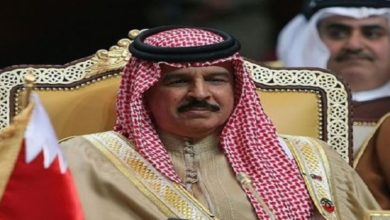 Inviting Zionists to Attend Conference in Bahrain Suspicious, Stab in Back of Palestinians