Bahraini security forces have attacked anti-regime protesters in several villages as the ruling Al-Khalifa regime continues its crackdown on the opposition.

The Saudi-backed Bahraini forces attacked protesters in the village of Bouri, Karzakan and Sitra on Thursday.

The demonstrators condemned the regime’s crackdown on demonstrations and slammed the arrests of activists.

They also chanted slogans in solidarity with dissents in neighboring Saudi Arabia.

In Sitra, south of the capital city of Manama, protesters held a symbolic funeral ceremony for people recently killed in a crackdown by Saudi forces in Saudi Arabia’s Shia-majority town of Awamia in Qatif region on December 20.

International human rights organizations have criticized Saudi Arabia for failing to address the rights situation in the kingdom. They say Saudi Arabia has persistently implemented repressive policies that stifle freedom of expression, association and assembly.

Bahrain has also launched a heavy-handed crackdown on anti-regime protesters since the uprising against the ruling Al-Khalifa regime broke out across the Persian Gulf kingdom in February 2011.

Troops from Saudi Arabia have been deployed to Bahrain to assist in its crackdown on the peaceful protesters. According to local sources, scores of people have been killed and hundreds arrested.

Bahrain’s Crown Prince: I am a Philosopher, Believe Me! 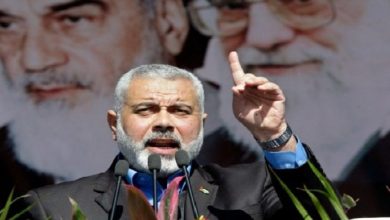