An Israeli delegation of senior officials from the Prime Minister Benjamin Netanyahu’s office and foreign ministry landed in Bahrain on Wednesday to negotiate bilateral ties between the the two sides, Israeli media reported.

The talks come the week after Tel Aviv and Manama signed a one-page peace declaration, and less than two weeks after they announced normalization between them, mediated by the US.

The delegation’s Israir flight went over Saudi airspace, less than a month after Saudi Arabia said it would allow flyovers for any direct flights – including from Israeli airlines – to and from the United Arab Emirates.

The group left on Wednesday morning and is expected to return to the Zionist entity on Wednesday night, after which they will enter quarantine due to the coronavirus pandemic.

The goal of Wednesday’s talks is to map out the different areas that will be part of a broader “peace” agreement between Tel Aviv and Manama, which will be modeled on the seven-page agreement between the Zionist entity and the UAE.

Netanyahu and Crown Prince of Bahrain Salman bin Hamad Al Khalifa agreed to have the Israelis go to Bahrain in a phone call on Tuesday, the first of its kind to be made public.

Netanyahu characterized the conversation as “extraordinary” and “very friendly.” 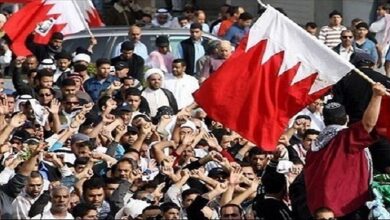