A Bahraini human rights activist says regime forces have attacked dozens of Shia inmates participating in a mourning ritual at the notorious Jau Prison as the ruling Al Khalifah regime presses ahead with its crackdown on pro-democracy activists in the tiny Persian Gulf country.

Arabic-language Lualua television network, citing a post published on the official Twitter page of Zeinab Khamis – a member of Bahrain Human Rights Society, reported on Thursday that prison guards stormed into Building 4 of the detention facility and assaulted the inmates as they were marking the anniversary of the martyrdom of Imam Ja’far al-Sadiq (PBUH) – the sixth Shia Imam and founder of the Ja’fari school of jurisprudence, who died on the 25th day of the lunar calendar month of Shawwal more than 13 centuries ago.

Hundreds of inmates are currently being held behind bars at Jau Prison, which is Bahrain’s main detention facility, for their participation in peaceful pro-democracy rallies.

His family said officials at Jau Prison had prevented him from undergoing an emergency operation, voicing grave concerns over the wellbeing of the ailing cleric, according to Arabic-language and independent Manama Post online newspaper.

Anti-regime Bahraini protesters have been staging almost daily demonstrations in the tiny Persian Gulf kingdom ever since a pro-democracy uprising began there several years ago.

The demonstrators are calling for the ouster of the Al Khalifah regime and establishment of a just and conclusive system representing all Bahraini nationals.

The Manama regime, in return, has ignored the calls and is pressing ahead with its heavy-handed crackdown and persecution of human rights campaigners and political dissidents.

Moreover, Bahrain’s parliament approved the trial of civilians at military tribunals on March 5, 2017. The move drew widespread condemnation from human rights bodies and activists, and was described as imposition of an undeclared martial law across the country. 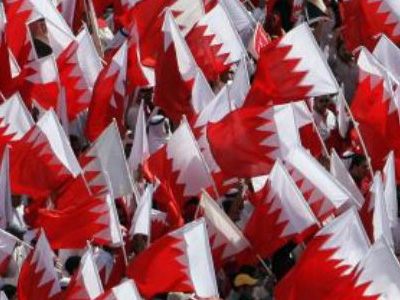