The campaign against Shia followers is the government’s attempt to divert the attention of Malaysians from the rising cost of living, said Dyana Sofya Mohd Daud, the political secretary to DAP leader Lim Kit Siang.

In a statement, she pointed out that Putrajaya had started a campaign against Shia followers a day after the announcement of fare hikes for the LRT and monorail services.

“Once more our nation’s attention is diverted with the Shia issue to cover up the high increase in the cost of living for all Malaysians.

“This is due to the withdrawal of the oil and sugar subsidies, increase in electricity tariff, the proposed introduction of GST, hike in assessment rates and increase in LRT and monorail fares,” she said.

She was commenting on Datuk Seri Najib Razak’s proposal to include the term Ahli Sunnah Wal Jamaah to the definition of Islam in the Federal Constitution to protect the aqidah (faith) of Muslims in the country.

The prime minister had said that the move was made after consultation with Umno deputy president Tan Sri Muhyiddin Yassin and supreme council member on religious affairs Datuk Seri Jamil Khir Baharom following the recent Umno general assembly where delegates had called for the Constitution to be amended.

However, she pointed out that the minister could have “forgotten” that Malaysia was hosting many international students, many of whom are Iranians who are Shias.

“This is part of the efforts to internationalise and build good reputation for our local universities and to contribute to the nation’s income through the enrolment of international students and the reduction in currency outflow.

“Thousands of these students openly interact with our local students,” she said, adding that there were students who followed the Shia teachings in Universiti Teknologi Mara (UiTM).

She called on Putrajaya to explain if these students would be asked to quit their studies and leave the country as soon as possible.

“If the government is serious about combating Shia, would the international students who spent a fortune to further their studies in Malaysia – invited by our own government – be asked to quit their studies and leave the country as soon as possible?

“Or will they be instructed to only practise their religion in private so that other Muslims in Malaysia will not be confused?

“As mentioned by the Court of Appeal in the Allah case, Malaysian Muslims are prone to confusion,” Dyana said, referring to the Appellate Court’s ruling on the Allah issue.

Putrajaya should also explain if the campaign to curb the Shia movement was only applicable for Muslims in Malaysia, she said.

“If the definition of Islam is limited to Muslims in Malaysia, does that mean other Muslims in other countries are not deemed as Muslims in our country?”. 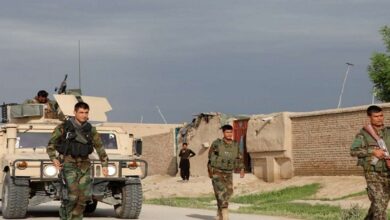