The Bulgarian Committee in Solidarity with Syria, the Syrian community and the Syrian National Students’ Union in Bulgaria staged on Tuesday a mass protest outside the Turkish Embassy in the Bulgarian capital city of Sofia.

Participants in the protest expressed their solidarity with Syria’s army, leadership and people in face of the conspiracy and their condemnation of the crimes committed by the Turkish Government in Syria.
They stressed full support of the Bulgarian political parties and forces to the leadership, army and people of Syria, highlighting the right of Syria to defend its territories against the Erdogan-backed terrorists who come from the Turkish-Syrian borders.

They underscored that what is happening in Syria has become clear for the whole world, condemning the western-backed terrorism in Syria.

the participants considered what is being promoted for in the media on Syria as “completely untrue as events proved that the armed terrorist groups are one form of al-Qaeda supported by Qatar, Saudi Arabia and Turkey under the supervision of the U.S. administration with the aim of looting the wealth of Syria.”

The Syrian students in Bulgaria expressed condemnation of the Turkish policy which is based on supporting and facilitating the entry of terrorists across the borders and providing them with chemical weapons just as what happened in Khan al-Assal in Aleppo. 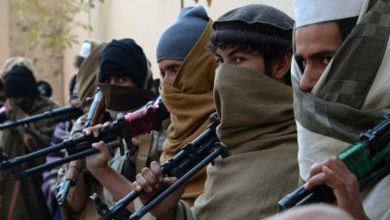 Indonesian Shiites under threat to covert to Sunnis to return homes