Indonesian government has forced Shiite Muslims for relocation after burned down their property in last week attacks of Wahabi terrorists, where they (Wahabi terrorists) looted the Shia property in Sampang, East Java, after an attack on a nearby Shia Muslim boarding school, The Shiite News  reported.

Hundreds of Shiite Musilms are living in  Sampang sports stadium, where they are also unsafe.  An adviser to the Shiite community, Iklil al Milal, said on Friday that more than 300 Shiites were evacuated to the Sampang sports center, about 20 kilometers from their compound.

As an Indonesian citizen who happens to be a Shiite Muslim, Ahmad Jamali says he does not know why the police are stopping him from returning home after a group of purported Sunni Muslims burned down his communityâ€™s compound.

â€œWhy should I move to another place when all my belongings and the future of my sons are there, in my village?â€ Ahmad Jamali said at the temporary shelter hosting 300 Shiites who fled from Sampang in Madura, East Java, after the attack last week.

East Java Deputy Governor Saifullah Yusuf said the government wanted to relocate the minority group to other places, possibly off the island, under a transmigration program to keep the Shiite community safe.

After five days in a refugee camp, however, Ahmad said everyone wanted to go home, pleading with the government to protect them.

â€œI am afraid that all the cattle and all the chickens are dead because I just left them. I canâ€™t support my family because thatâ€™s the way I earn a living,â€ he said. A group led by cleric Rois Alhukama reportedly attacked and burned down Shiite schools and homes in Karang Genyam village in Sampang.

The group claimed to represent Sunni Muslims, the majority Muslim group in Indonesia. Some 300 hundred Shiite residents, including 150 children, fled the village.

â€œWe want to go home to look after our animals, which are our main income sources. If my cows are dead, I will lose my income,â€ a Shiite, Ahmad Jamali, told. Andy Irfan, the coordinator of human rights group Kontras Surabaya, said the governmentâ€™s plan to relocate the Shiites showed that it was failing to protect its own citizens and failing to guarantee the religious freedom of the minority group.

Apparently afraid of a political backlash or cravenly seeking support from the majority, the government has neglected the pleas of many minority groups attacked by â€œthugsâ€ claiming to represent â€œmainstreamâ€ Indonesia, Hendardi said. 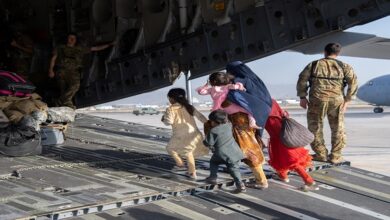 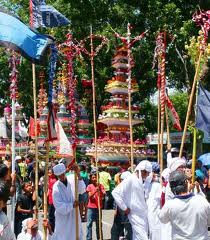