One person was martyred and 15 others wounded as police opened fire at Shiâ€™a protesters in Indian held Kashmir. Protests erupted in northern Kashmir district of Baramulla on Friday after Indian Reserve Police (IRP), personnel martyred one person and wounded 15 others by opening fire on a demonstration in the Parihaspora area. The Indian Government late Friday ordered a probe into the fatal incident. The trouble started after the police swooped upon the villagers in the Shiâ€™a-dominated area. The people were demonstrating against the blockade of a road leading to a local shrine and the uprooting of banners and flags hoisted in the neighborhood in memory of the martyrs of Karbala there. Resentment over the Indian Rerserve Police action on the land had been high in the area for weeks. Residents from the area had taken to the streets after the Friday prayers to denounce the IRPâ€™s alleged occupation of a road leading to the shrine of Hazrat Mir Shamsuddin Araki, a 16th century Iranian saint. Eyewitnesses said that the IRP personnel opened indiscriminate fire on the protesters, leading to the death of teenager Manzoor Ahmad Sofi, and injuries to 15 others, several of whom had to be shifted to the hospitals in Srinagar because of their serious condition. An eyewitness, Ghulam Mohammad Dar, said that the villagers had been marching peacefully towards the shrine when the Indian Reserve Police men intercepted and used force upon them. He said that after a baton charge failed to break the procession up, the Indian Reserve Police personnel fired indiscriminately on the protesters, resulting in death of a youth, while dozens were injured. â€œThe police opened indiscriminate fire without any provocation. We were not carrying stones and rocks to attack their camp,â€ Dar said. As news of the boyâ€™s death spread, thousands of people from surrounding villages surged towards the shrine, holding pro-independence and anti-India demonstrations. The protesters held a sit-in on the Pattan Highway, demanding a judicial inquiry into the firing and return of the victimâ€™s body which had been taken away by police for an autopsy. District officers rushed to the scene, asking people to restrain their emotions. Deputy Commissioner for Baramulla Lateef-ul-Zaman Deva said that an inquiry had been ordered and police had been asked to file a case against the IRP men. The body of the victim was handed over to the villagers after the situation calmed down, and laid to rest in his ancestral graveyard late in the evening. 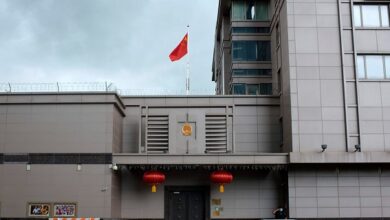 Taliban Leader behind Killing of 30 Policemen Arrested in Helmand

Three people killed in US drone strike in eastern Afghanistan