“State-sponsored” violence against minority Rohingya Muslims in Myanmar constitutes the “crime against humanity of apartheid,” Amnesty International has concluded, following a probe into the persecution of the Muslims in the Southeast Asian country.

Amnesty published the findings of its probe in a 100-page report on Tuesday, detailing how years of persecution have created the current crisis in Myanmar’s western Rakhine State and how repression intensified after the outbreak of Buddhist violence against Muslims in 2012.

“Rakhine State is a crime scene. This was the case long before the vicious campaign of military violence of the last three months,” Amnesty’s senior director for research, Anna Neistat, said.

More than 600,000 Rohingya Muslims have fled Myanmar to neighboring Bangladesh since late last year, when military soldiers and Buddhist mobs began vicious attacks on the minority Muslims in Rakhine. The crackdown on the Rohingya has intensified since August 25.

All along, government troops and the Buddhist mobs have been killing, raping, and arbitrarily arresting members of the Muslim community. They have also been setting the houses of the Muslims on fire in hundreds of predominantly-Rohingya villages in the restive state.

Amnesty said a “state-sponsored” campaign has restricted virtually all aspects of Rohingyas’ lives, confining them to what amounts to a “ghetto-like” existence in the Buddhist-majority country.

The study, based on two years of research, said the crackdown met the legal criteria of the “crime against humanity of apartheid.”
Myanmar’s authorities “are keeping Rohingya women, men and children segregated and cowed in a dehumanizing system of apartheid,” Neistat said.

Bangladesh has been in negotiations with Myanmar to facilitate the return of thousands of the displaced Rohingya Muslim refugees.

Neistat said, “[The] Rohingya who have fled persecution in Myanmar cannot be asked to return to a system of apartheid.”

She also called for “restoring the rights and legal status of Rohingya, and amending the country’s discriminatory citizenship laws.”

Myanmar’s government denies full citizenship to the Rohingya, branding them illegal immigrants from Bangladesh. Dhaka, in turn, regards the desperate refugees as Myanmarese. The Rohingya, however, track their ancestors many generations back in Myanmar.

The volatile Rakhine, located in the western Myanmar, has been the scene of communal violence since 2012. Many Muslims had already lost their lives while tens of thousands had been displaced as a result of attacks by Buddhists long before the military began its crackdown in late 2016. 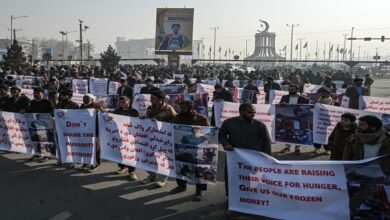