The United Nations has announced that some “time-critical” programs in Afghanistan have temporarily stopped and warned many other activities will also likely be paused following the Taliban’s ban on female aid workers.

The UN’s Emergency Relief Coordinator Martin Griffiths, as well as the heads of key UN agencies and international aid groups, called on Wednesday for Taliban authorities to reverse their ban on women working in the humanitarian sector and to overturn “all directives banning women from schools, universities and public life”.

“Female staff are key to every aspect of the humanitarian response in Afghanistan,” the UN representatives and aid agencies said in a joint statement.

“Banning women from humanitarian work has immediate life-threatening consequences for all Afghans. Already, some time-critical programs have had to stop temporarily due to lack of female staff,” according to the statement, AlJazeera reported.

“We cannot ignore the operational constraints now facing us as a humanitarian community,” the statement continued.

“We will endeavor to continue lifesaving, time-critical activities … But we foresee that many activities will need to be paused as we cannot deliver principled humanitarian assistance without female aid workers.”

“No country can afford to exclude half of its population from contributing to society,” said the statement, which was also signed by the heads of UNICEF, the World Food Programme, the World Health Organization, the UN Development Programme, and the UN high commissioners for refugees and human rights.

“We urge the de facto authorities to reconsider and reverse this directive, and all directives banning women from schools, universities and public life,” the statement added. 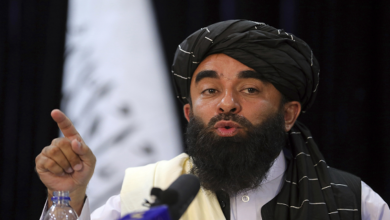 Taliban: US can now help rebuild Afghanistan after destroying it