A spokesman for Afghanistan’s security forces said that 967 Taliban forces had been killed and 500 others wounded in operations over the past four days.

Ajmal Omar Shinwari, a spokesman for Afghanistan’s security forces, said that clashes between Afghan forces and Taliban continue in 20 provinces of the country and 9 cities are under great threat.

967 Taliban forces had been killed and 500 others wounded in various operations over the past four days, he added.

According to the Afghan Ministry of Interior, in the past 12 hours, government security forces have retaken the Surkh-o- Parsa district in Parwan province and the Malistan district in Ghazni province from Taliban control. But the Chakhansur center in Nimruz province has once again come under Taliban control.

Published reports indicate heavy clashes around the town of Taloqan in the northeastern province of Takhar.

Locals have also reported a deterioration in the situation in the city of Kunduz. According to local sources, the bombing damaged people’s homes and some of them lost their lives.

Clashes between Afghan forces and the Taliban have been reported in the Nijrab district of Kapisa province, 100 km from the Afghan capital Kabul.

These reports come as, at the end of the two-day Doha meeting, the Afghan government delegation and the Taliban agreed to continue and accelerate the talks, as well as to reach a political solution.

The two sides issued a joint statement at the end of the meeting but did not mention the ceasefire. According to the statement, the two sides agreed to speed up the talks in order to find a permanent solution to the current situation in Afghanistan as soon as possible.

The Taliban have launched offensive attacks on several key fronts since May this year. 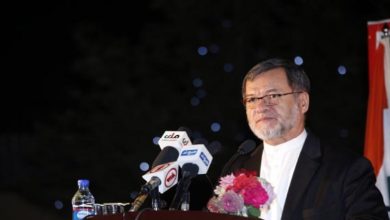