According to the spokesperson of Taliban, the group’s leadership has ordered all members to stop fighting during the three days of Eid-al-Fitr that marks the end of the Muslim holy month of Ramadan.

Taliban also say the group’s leader has ordered all members not to enter government-controlled areas during the 3-day cease-fire and that they would not allow government troops to get into Taliban-controlled areas in the same period.

The declaration of 3-day ceasefire by the Taliban has been widely welcomed in Afghanistan.

Locals, who are bearing the brunt of violence, say they expect the Taliban to agree to a permanent cease-fire in the hopes that it would lead the country to a lasting peace.

Afghanistan has witnessed a sharp increase in civilian deaths due to rising terrorist attacks such as car bombs or explosions over the recent months.

On Saturday three separate heavy explosions went off close to a girls school in western Kabul. 68 civilians were killed, most of them young girls. Also over 160 others were wounded in the incident. This grim attack occurred just two days before the Taliban militant group declared the Eid ceasefire. Meanwhile, many here call on International players to put pressure on the Taliban to approve a permanent ceasefire. 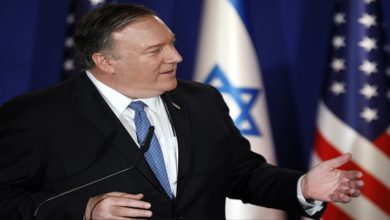 US support Israel in any possible war: Mike Pompeo