The ditching of Saudi Prince Bandar as the oil kingdom’s spymaster does not portend a retreat by Saudi Arabia from its covert dirty wars or its hard-line anti-Shia hostility.

The move has more to do with Saudi problems of maintaining internal stability, while also giving the Saudi rulers a scapegoat over its failure at regime change in Syria.
Nearly two years ago, Bandar bin Sultan was appointed director of the Saudi Intelligence Agency. He is closely associated with the kingdom’s sponsoring of foreign extremists waging a terror war in Syria trying to topple the Assad government.
Bandar’s role in overseeing an escalation of violence in Syria, as well as in Lebanon and Iraq, has earned him the unofficial title of Saudi Terror Chief. His trenchant hostility towards the Assad government was also extended to Syria’s Shia regional allies, Hezbollah in Lebanon, Iraq and Iran.
He made a very public show of petulance to Washington last October when US President Barack Obama balked at launching military strikes against Syria. Bandar said then that Saudi Arabia would scale back its strategic alliance with the US. That spat led to a general cooling of relations between Riyadh and Washington.
So, the pointed demotion of Bandar this week from the post of spymaster – by royal decree – has raised speculation about a possible change in tack by Saudi Arabia towards Syria and its regional rivalry with Iran.
It is known that the House of Saud was disconcerted by Bandar’s failure to deliver regime change in Syria. That despondency can only have deepened over recent months as Syrian government forces of President Bashar al Assad consolidate military gains against the foreign-backed mercenaries, with the recapture of key towns across the country. Does Bandar getting the boot mean the Saudi rulers are scaling back their proxy war-making in Syria and the region generally? It seems not.
For a start, King Abdullah has been a central player in the “Syria File” with a personal commitment to seeing the overthrow of Assad from the very outset of the campaign to destabilize the country in mid-March 2011.
When the king appointed Bandar to the post of de facto Terror Chief, it would have been with full knowledge and approval for the kind of dirty war in Syria that appointment was going to unleash.
Prince Bandar may have a reputation of being something of a maverick, but his intrigues and regime-change machinations would not have been made single-handedly or on a whim. King Abdullah would have had full control of the terror plot against Syria, calling on Saudi Arabia’s long-time network of Al Qaeda operatives going back to Afghanistan during the 1980s.
By giving Bandar the heave-ho this week, it is a convenient way for the Saudi rulers to find a scapegoat for their failed policies of regime change in Syria. It allows the Saudi rulers to claim a clean sheet and let them off the hook for disastrous decisions. However, that in no way portends a lessening of Saudi involvement in sponsoring covert war and terrorism in the region, in particular against Syria, and with a continuing hostile eye towards Syria’s allies, Hezbollah and Iran.
Washington may have been irked by Bandar’s uppity outbursts last year. But that does not mean that his removal by the Saudi king signals a softening in the Riyadh-Washington terror axis. Far from it, when Obama visited the Saudi monarch last month it was reported in the Wall Street Journal that the two leaders came to a new agreement for stepping up military supplies to the militants in Syria. That meeting has since been followed up with reports that the militants in Syria are now in possession of powerful US anti-tank TOW missiles, most likely facilitated by Saudi Arabia.
There are also reports of Washington signing off on the long-delayed Saudi demand for anti-aircraft shoulder-held Manpad rockets being supplied into Syria. Bandar’s push to the sidelines is more likely to do with the House of Saud trying to shore up its own internal stability amid the kingdom’s succession tensions and growing social challenges posed by a young and restless population.
89-year-old King Abdullah, the fifth heir to the kingdom’s founder Ibn Saud, is known to be suffering declining health. But his successor, Crown Prince Salman, is also in frail condition at 78 years old and is said to be suffering from dementia. The real successor to the Saudi throne is Prince Muqrin. He was appointed as the deputy Crown Prince last month, and at the relatively young age of 68, Muqrin is seen as giving the House of Saud a badly needed revamp to its decrepit image. He is one of the 45 sons sired by the founding king from his 22 wives, unlike Bandar who is a grandson even though the latter is only three years younger than Muqrin. Muqrin shares his half-brother King Abdullah’s comparatively reformist ideas on internal policy, such as easing up on women’s rights.
He also has a reputation for being relatively clean from corruption unlike many of the 4,000 or so other Saudi princes. Significantly, Prince Muqrin espouses hard-line repressive views on containing Shia unrest in Saudi’s oil-rich Eastern Province. By extension, he therefore represents continuity in Saudi foreign policy of hostility towards Iran and Shia regional allies. He was the Saudi intelligence chief before Prince Bandar took over that post in 2012.
Muqrin is also from a maternal line that is not close to the powerful Sudairi branch of the House of Saud where sibling rivalry over succession is most intense and potentially problematic. Bandar comes from the Sudairi branch.
It would seem that the aging King Abdullah is cementing what he considers a safe succession arrangement. By removing the maverick Bandar from the interior ministry and his access to state power, the House of Saud is trying to stabilize its hold over Saudi society.
Bandar’s removal from the inner circle this week has less to do with a change in Saudi geopolitics, and more to do with trying to ensure the survival of an outdated monarchial system.

Finian Cunningham (born 1963) has written extensively on international affairs, with articles published in several languages. He is a Master’s graduate in Agricultural Chemistry and worked as a scientific editor for the Royal Society of Chemistry, Cambridge, England, before pursuing a career in journalism. He is also a musician and songwriter. For nearly 20 years, he worked as an editor and writer in major news media organisations, including The Mirror, Irish Times and Independent. Originally from Belfast, Ireland, he is now located in East Africa as a freelance journalist, where he is writing a book on Bahrain and the Arab Spring, based on eyewitness experience working in the Persian Gulf as an editor of a business magazine and subsequently as a freelance news correspondent. The author was deported from Bahrain in June 2011 because of his critical journalism in which he highlighted systematic human rights violations by regime forces. He is now a columnist on international politics for Press TV and the Strategic Culture Foundation. 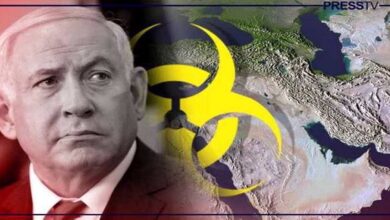