Surprise, surprise… The new Israeli-Saudi Alliance has rolled out its response to the hard-fought de-escalation of the Syrian killing fields. They want to try to knock off Assad while the stage two of the Iran negotiations are going on. The Israelis have a key role. They don’t fight, don’t die, or pay for anything. They just watch everybody else do it while screaming they fear for their existence.

The [Persian] Gulf Cooperation Council ([P]GCC)… Saudi Arabia, Bahrain, Kuwait, Oman and Qatar…, which basically translate into ‘Saudi Arabia,’ wants the US to sign off on a $6-billion funding pool to their coalition of ‘Al-Qaeda light’ to actually fight alongside the real Al- Qaeda, and then kill them off after Assad is overthrown.

Lost in their thinking is how Obama explains this after working with the Russian to defuse the Syrian situation, only to support a new major offensive when the UN reports that the Syrian chemical weapons capacity has been eliminated. That would send a bad message to others not to make the same mistake in the future. Of course we know that the Israelis are not troubled by what anyone thinks as long as their subsidies continue.

America will be asked for the usual logistical support and to screen the Russians out from interfering. Initial reports from the White house indicate they view this as an attempt to suck them back into something they are trying to resolve.

Chuck Hagel’s trip to the Persian Gulf, where he announced a 16,000 anti-tank missile deal with the Saudis could not have come at a worse time. I had to pinch myself that it was not a dream. Hagel said, “This region is dangerous, it’s combustible, it’s unstable… But having a steady American hand in this region to help our allies and reassure our allies is really key to working through this really dangerous instability.”

Just who is planning to attack the Saudis with enough armor to absorb 16,000 missiles, the Israelis… Jordan maybe … how about the Iraqi or Syrian Army? Have the Iranians been hiding secret submersible tank brigades that can cross the Persian Gulf at night for a dawn attack? Color me suspicious but I don’t think so. My bet is these missiles seem marked to flood the Syrian terrorists with enough missiles to neutralize Syrian armor.

The Russians are quiet for now about this new Hail Mary pass plan by the Saudis. They never over-react to any moves, so they never get suckered with a feint. But I am not so sure they would sit by and watch a major offensive from the Saudis. But then again they don’t want to get caught in between an Arab shooting gallery match where those pulling the strings could not care less how many get killed, including their own side since there is no shortage of replacements or money.

This new Islamic Front charter calls for the establishment of an Islamic state under “Shariah law.” No surprise there. Minorities would be tolerated… code for getting the Palestinian treatment. It is basically your normal religious cover for the Saudi Royal family expanding its domain to the Mediterranean and getting the longed-for pipeline insurance to not have Iran sitting astride their Strait of Hormuz doorway for exports.

One has to ask now if all of the sudden friendliness to Iran is just a ploy to neutralize them, and planting a wedge that maybe a sellout of Syria is part of a sanctions resolution game for Iran by the West. This would be a typical psyops ploy to run between those with long-term suspicions of each other.

I have long been suspicious about the inaction on the UN, the ICC or any of the EU countries for not trying to control the movements of the jihadi terrorists, those that survive the Syrian Army anyway. Some scare-mongering has been done about these trained terrorists plying their new trade after retuning home.

But I don’t know of a single country that has posted an arrest warrant for any of them. Most of the groups have miraculously avoided being classified as terrorist groups, especially the ones the CIA has been helping. They all seem to have guardian angels looking over them.

I would bet my money that the puppeteers were not done yet using them as cannon fodder, either in Syria or the next place they plan to transfer them to. It is not that American operatives object to violating American laws about aiding and abetting terrorism, of even doing it. They just don’t want to be too open about it. If they are operating under the expected presidential order, they have immunity from American prosecution anyway.

So it looks like we have a game of chicken being played here. The Saudis are saying ‘you are taking Iran away from us as a target, so you have to give us Syria now as a cancellation prize… or… between the Israelis’ history of false flag attacks and our money we might just need to send some more Saudis to flight training schools. You know the Israelis are still running a lot of your airport security.’

Does the US have any restraint power whatsoever over these people when it just seems to give away any leverage that it could have? If they did not know how to manipulate the Americans, the Israelis could surely teach them… for a fee.

The American people once again are the main suckers once again in all this. The Zionist warmongers come to DC and our elected officials clear their calendars to sever their ‘other country.’ Excuse me… I should say other ‘countries.’ You can rest assured that the Saudis are spreading a lot of cash around, too.

You know what they say about power, politics and cash when up against honor, duty and country? The latter are just something to be bartered for the best price. One of the marketing pitches the Zios, AIPAC and the Congressional traitors are parroting is that the $6 billion they want is a lot cheaper than the $6 trillion total cost that round one of the American coup cost us, courtesy of the Bush team and the neo-con crew.

Only a depraved people could make such a pitch. And only someone who is working to be depraved would accept it and not throw the bums out of his office. That America has such people as allies and puts them forth to the rest of us as our best friends when they are among our worst enemies is solid proof that all we have of our Founding Father’s republic is a children’s coloring book and some crayons.

American economists are starting to let the big secret out of the bag… to forget about recovery. It is already here… all you are going to get anyway. Those of you who don’t have anything, well, get used to that situation as you are going to be close friends with it for a long time. The same goes for the Europeans. The failure of leadership is on the scale of that before and after WWI.

Former Prime Minister of Italy Francesco Nitti (1919-20) saw it all so clearly. 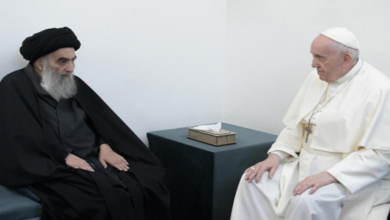 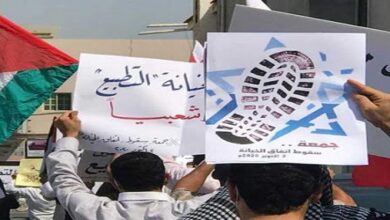 Nothing Normal About Normalization