He was born in Madina some 22 years ago, on 5th Shabaan 38 year of Hijra. In some history books his date of birth is shown as 15th Jumada Awwal 38 AH. His mother was Shahr Banu the daughter of Yazdjurd II, the last of the Persian Kings before Islam. She was taken prisoner when Muslim armies conquered Persia. When she was brought in Madina Imam Ali (AS) spoke to her and she embraced Islam

Normal teachings of the Qur’an by the family of the Prophet were not allowed. With these supplications Imam taught his followers the relationship between God and the people. In ordinary language it is not possible to enhance the knowledge of God. But in the language of prayer, when one bows down before the creator, one realizes ones own meager self, in comparison with the immensity of the universe. All vanity or ego disappears. All thoughts of self indulgence vanish. He relates himself with his creator in all humility and sublime self. His true self awakens which only exists to help others for they are all creatures of God. Emotions that were attached to his own Self disappear. He feels alone in the wide world. His only hope rests with his creator. God alone gives him hope and meaning of existence on earth. Side by side these supplications also gave the human race their Rights and duties with each other. In the name of “Risalat-el- Huqooq” which was an addition to Saheefa, completed the meaning of Islam as a Deen of deeper spiritual understanding as well as the ways and means of lion this planet earth with other people. Imam’s whole life was spent in helping all the people in the city of Madina. He was seen going during the darkness of the night with a sack full of bread for the hungry people of the city. They never knew the identity of the person, who gave them food night after night, but Imam’s own companions knew the fact and they passed it on to the later generation to know and to learn. It was after his death that those hungry souls came to know the identity of their benefactor. Imam performed thirty pilgrimages in all after the event of Karbala. Sometimes he would go for Hajj on the back of a camel, but sometimes on foot for 250 miles to Makka. Once he was traveling with a companion. When they reached the outskirts of Makka, the crowd of pilgrims going towards Makka was enormous. His companions shouted, “There is a lot of crowd for Hajj this year.” Imam replied, “There is only you and me and this camel, the rest are animals.” He was again teaching the meaning of Hajj which was to reach out for God with all your heart and do not just regard it as another ritual.

An incident occurred that is said to have provoked the jealousy of Hisham Ibn Abdul Malik who was heir apparent to his father and arrived in Makka with great pomp and a retinue of servants. But in spite of this, he was not able to reach for the Black Stone in the Ka’aba. In pilgrims garb Hisham was unrecognizable. He sat down on a high place waiting for the crowd to move so that he could also kiss the black stone. While he was waiting he saw an old man arrive and watched the crowd give way for him. He reached the Black stone, kissed it and returned back to his place. Hisham, being the son of the caliph was astonished and enquired about the identity of the person.

Farazdaq the famous poet was standing right there. He composed a Qaseeda in praise of the Imam to introduce him to the Heir apparent of the throne. He said, “He is who that the whole Makka knows him, every stone in the Ka’aba knows him. He is the son of the grand son of Fatima and Ali and of the Holy Prophet. Hisham, in his arrogance of power, imprisoned the poet who died in prison some years later.

In another incident while the Imam was about to begin his prayers a man came round and began to use abusive language against him. Imam ignored the man first. But when he repeated the abusive language pointing to him directly, Imam said to him, “what you are saying about me, if it is true then I asks God’s forgiveness, but if it is not true, then only God can forgive you.” The man was thoroughly ashamed of his behavior and apologized. Later on he became a great devotee of the Imam. Some people say that the Imam spent his life after Karbala in weeping and crying for the atrocities committed to his family. Indeed it was true that he wept profusely and that some times the glass of water he drank would soil with tears so that he would not be able to drink that water. And when people said why you weep so much, for martyrdom is the inheritance of the Ahlulbayt. He would say, “Yes indeed, I do not weep for the killing of my family, but for the humiliation we the whole family faced on the way to Damascus which was beyond description. I weep for that disgrace of women and children.” He would then call the people around and tell them the story of Karbala and the plight of the captives after Karbala. People would also weep and cry loudly. The message spread. This was the means to tell the people otherwise people would not want to know. Through tragedy the message reached the hearts of the people and that message is still alive after 1400 years. And with this the line of demarcation drawn in Karbala between truth and falsehood is still visible. Imam’s aunt Hazrat Zainab was organising gatherings in the city of Madina to tell the assembled ladies in the majlis the events of Karbala and these participants spread the message to all corners of the town and in Makka and other cities of the province of Hejaz. This method was so successful that the Governor of Madina wrote to Yazid about it and on the orders from Yazid, Hazrat Zainab was escorted back to Damascus. She lived there for a while then she was moved to Egypt on the orders of the monarch because even in Damascus her speeches in private gatherings were successful in spreading the story of Karbala. Hazrat Zainab stayed in Egypt for few years but then she was brought back to Damascus where she was martyred. Her mausoleum is in Damascus, just outside the City and pilgrims visit the place all the time. Many miracles have appeared at this place and people suffering from incurable diseases have come to pray on her grave and have found good health. Imam (AS) in Madina through his silent teachings left many pupils; the most prominent of them was Abu Hamza-e-Thumali, who remained to spread the teachings of Ahlulbayt in the Islamic world. Abu Mikhnuf was also one famous pupil of the Imam who later on the instructions of the fifth Imam wrote the story of Karbala in the narrative form which became the part of the Majlis all over the world.

The calm and peaceful life of the Imam was not to be tolerated by the Ummayad’s cruel regime. They realized that the Imam was succeeding in his mission of spreading the message of his father Hussain (AS). The Syrian monarch Walid Ibn Abdul Malik had him poisoned. He died in Madina on the 25th of Muharram 95 Hijri. His eldest son Muhammad Ibn Ali al Baqir arranged the burial and laid him to rest in the grave yard of Jannatul Baqi beside his uncle Imam Hasan (AS). 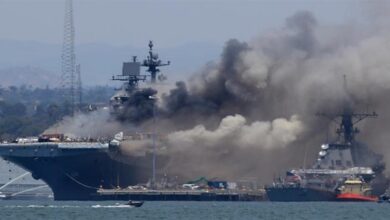 Is Invisible Revenge Behind The US Navy Ship Fire? 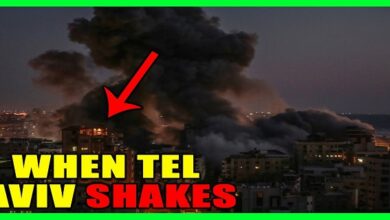