Blasted by U.S. President Donald Trump for undermining the U.S. war against the Taliban in Afghanistan, Pakistan has reacted as defiantly as one would expect. The U.S. should resist the impulse to respond in kind.

In a speech last month, Trump bluntly accused Pakistan of playing both sides in the war, accepting billions in U.S. aid while providing safe haven to Afghan insurgents. Pakistani officials were quick to protest that their nation has made great sacrifices in its own battles against terrorism, and to declare that they wanted from the U.S. only respect, not cash, for their efforts. They also made clear that they had other friends, hastily sending the Pakistani foreign minister off to Beijing and Moscow.

None of this should dissuade the Trump administration from demanding that Pakistan do more. Pakistan’s efforts at home have been focused only on terrorists who target the Pakistani state. Its military continues to allow free rein to militants fighting Indian forces in Kashmir and, more to the point, offers sanctuary to leaders from the Afghan Taliban and their allies in the Haqqani Network, who are responsible for the deaths of thousands of U.S. troops.

At the same time, Pakistani officials know as well as anyone that Trump’s options — like those of his predecessors, and despite his rhetoric — are limited. The question is how to deploy them for maximum effect.

The administration has wisely begun by simply conditioning aid on Pakistani progress disrupting terror networks within the country. Combined with an overall reduction in funding, this might at least improve the return on U.S. investment in the relationship. Better to take this incremental approach rather than immediately declare Pakistan a state sponsor of terrorism, which some members of Congress have proposed.

The U.S. should not be averse to applying pressure more narrowly as well: Levying U.S. and European Union sanctions on key Pakistani military and intelligence officials, for example, would not only make life harder for specific commanders — many of whom have children studying in the West — but embarrass the military as an institution. (Targeting military-linked companies is harder since most are focused domestically.)

The U.S. should also offer Pakistan a few incentives — especially if the administration is to have any hope of enlisting the help of China, Pakistan’s main patron. For several reasons, including the threat to its own credibility, China can’t afford to abandon its troublesome proxy. But neither do the two nations’ interests entirely align, as even some Pakistani officials are beginning to acknowledge; a Taliban takeover in Afghanistan would threaten China’s Belt-and-Road investments and fuel Islamic extremism in the troubled western province of Xinjiang. Credibly assuring that Pakistan’s security concerns will be addressed in any peace deal might encourage leaders in both Islamabad and Beijing to be more helpful.

The U.S. should, of course, continue to reserve the right to take more kinetic action within Pakistan itself, as former President Barack Obama did with the assassination of Osama bin Laden. This kind of intervention carries risks for the U.S., obviously. Yet Pakistan’s failure to act carries even greater risk — to its economy, its reputation and, not least, the security and stability of the wider world. 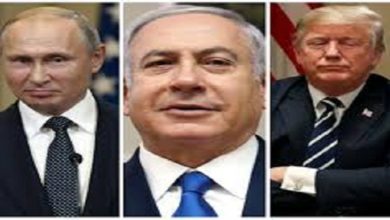 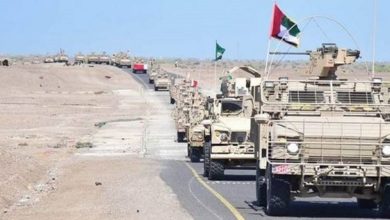 A macro look at nuclear talks, an analysis of Leader’s nuclear stance