AS the state scrambles to contain the menace of sectarian militancy, the extremists have resorted to using novel methods, and increasingly hitting ‘soft’ targets. Mass-casualty attacks have thankfully been averted this Muharram — thanks largely to the multilayer security cordon around mosques, imambargahs and mourning processions. Perhaps in reaction, terrorists have decided to go low-tech. On Saturday night, suspects on a motorcycle tried to barge into a women’s majlis in Karachi’s Nazimabad area. Unable to enter the house where the event was being held, the gunmen took aim at people gathered outside; at least five people have been confirmed dead in the attack. This was the fourth sectarian attack during Muharram in Karachi. In earlier attacks also, people were shot outside their homes, while an IED was lobbed at a women’s majlis inside an imambargah. Lashkar-i-Jhangvi al-Alami, an offshoot of the dreaded sectarian outfit Lashkar-i-Jhangvi, has claimed responsibility for the Nazimabad attack. During the months of Muharram and Safar, countless religious gatherings take place across the country. While the major mosques and imambargahs are relatively easy to protect, securing majalis inside homes — estimated to run into the thousands by police officials — is a very difficult task.

While more intelligence-based operations are needed to bust militant cells seeking to spread terror, a much bigger challenge stares the state in the face if it wishes to end sectarian bloodshed: confronting the ideological forces that provide oxygen to sectarian militancy. For several decades, the state looked the other way as jihadi and sectarian gangs spread their wings and became entrenched in society. Now, uprooting these groups is proving a formidable task. But it is pertinent to ask how hard the state is trying. While notorious sectarian killers have been eliminated in ‘encounters’ and attempts have been made to limit the movement of rabble-rousing preachers, especially during sensitive religious periods, the fact is that overall, sectarian groups in Pakistan still have considerable liberty to operate. For example, last Friday, when the state was unleashing its might against political protesters in Rawalpindi and Islamabad, the ASWJ, a banned sectarian outfit, was able to hold a rally in the federal capital unhindered, in defiance of Section 144. Some days earlier, the leader of this outfit had met the interior minister as part of a Difa-i-Pakistan Council delegation. If the state is serious about implementing NAP and eliminating sectarian terrorism from Pakistan, it must confront these glaring contradictions. 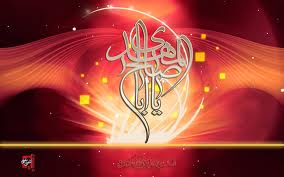 How Riyadh Chase Dream of Self-Protection as US Support Wavers?