Western media justifications and the similarity of the terrorist action to Mossad’s operations strengthen the suspicion that Mossad’s role in Dugina’s death is not far from expectation.

On August 20 in the Odintsovo urban district near the village of Bolshiye Vyazemy, an explosive device, presumably installed in the Toyota Land Cruiser, went off on a public road and the car caught fire. The female driver died at the scene. The driver has been identified as a journalist and political analyst Daria Dugin who is the daughter of the Russian philosopher Alexander Dugin who is known as “Putin’s brain,”. It is said that Alexander Dugin was the intended target.

Darya Dugina was born in 1992. She graduated from the Philosophy Department of Lomonosov Moscow State University. She was a Ph.D.

The death of Daria Dugin had many reflections in foreign media, especially in Western ones and many people believe it may be an assassination act since Alexander Dugin was a close ally to Russia’s President Vladimir Putin and his essential role in the Ukraine war was cited as a reason for what happened to his daughter.

After the announcement of what happened to Daria Dugin, some Western media published some intentional reports and linked the incident to the issue of the war between Russia and Ukraine.

In this regard, BBC published a report entitled “Putin’s ally’s daughter was killed in a suspected car bomb near Moscow”, raising the suspicion that Dugin was the target of this assassination.

BBC further said that Alexander Dugin is not a state official himself but he is nevertheless a symbolic figure in Russian politics and his anti-Western, nationalist philosophy has become the dominant political ideology in Russia and has helped shape President Putin’s expansionist foreign policy, most prominently on Ukraine.

The published information regarding this incident, while strengthening its terrorist nature, due to the similarity of this action to Mossad’s terrorist operations against the opponents of the Zionist regime, which is referred to as “special operations”, also strengthens the suspicion that Considering Tel Aviv’s public confrontation with Moscow on the issue of the Ukraine war, the possibility of this operation being carried out by the Mossad is not far from expectation for various reasons.

Tel Aviv can have a high motivation to show a deterrent reaction to Moscow because Russia’s confrontation with the Zionist regime includes areas that enjoy strategic value for Tel Aviv. Based on this, the tension between Tel Aviv and Moscow will definitely enter a new chapter, and it is expected that its consequences will be far more serious than the existing tension between Russia and the Zionist regime.

The BBC’s quoting of what they call the effective role of Dugin and his daughter in Russia’s attack on Ukraine is also a sign of the western media’s efforts to justify the terrorist act.

Reuters also reported that the influence of Dugin, who is on a U.S. sanctions list, over Russian President Vladimir Putin has been a subject of speculation, with some Russia watchers asserting that his sway is significant and others calling it minimal.

The British news agency added that Darya Dugina, who also went by the surname Platonova and was reported by Russian state media to be 30 years old, broadly supported her father’s ideas and appeared on state TV in her own right to offer support for Russia’s actions in Ukraine.

The Washington Post said in a report that Dugin’s daughter has spoken publicly in support of the war in Ukraine and Russian expansion. In March, she was designated for sanctions by the United States as part of a list of Russian elites and Russian intelligence-directed disinformation outlets, alongside her father, who has faced sanctions since 2015. Britain also imposed sanctions on her in July for her support of Russia’s invasion.

Ukrainian presidential adviser Mykhaylo Podolyak denied that Kyiv was behind Dugina’s death. “Ukraine, of course, has nothing to do with the explosion, “Podolyak said

The Guardian news agency also said if the car bombing is tied to the war, it would mark the first time since February that the violence of the war in Ukraine has reached the Russian capital, touching the family of a Kremlin ally near one of Moscow’s most exclusive districts.

The New York Times reported that Ms. Dugina was not well known in Russia beyond ultranationalist and imperialist circles. But the widely read bloggers and commentators who knew her described her death as a tragedy and called for revenge.

US plans to expand military ties with Myanmar amid atrocities against Rohingya: Report 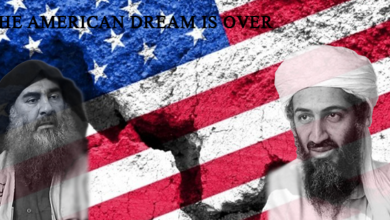 How US Takes Advantage of Terrorism for Purpose of Its Hegemony!