Saudi Arabia, a country that over the past decade has been giving away its petrodollars to the other Muslim countries to advance its plans in the region, is now focusing on the new Pakistani government. Shahbaz Sharif who recently assumed the prime minister post in Islamabad chose Riyadh his first foreign destination as a PM hoping that he persuades the Saudis for fundings to his country.

According to Pakistani government officials, during Shahbaz’s visit to Riyadh, the country suggested to the Saudi officials doubling of oil purchase financing from $1.2 billion to $2.4 billion. Saudi Arabia agreed, they said. Therefore, Pakistan will receive a financing package worth about $8 billion from the oil-wealthy kingdom, which includes doubling the finances related to the purchase of oil from this country, receiving more money through bonds or Islamic sukuk and transferring the existing $4.2 billion in finances during Sharif’s trip to Riyadh.

The Pakistani PM may set hopes on the Saudi giveaways to inject new life into his government, the Saudis in the past, too, made financial aids promises to his predecessors but declined to fulfill much of them.

During a visit to Riyadh by former Pakistani PM Imran Khan, the Saudi Crown Prince Mohammed bin Salman agreed to invest billions of dollars in Pakistan and release thousands of Pakistanis imprisoned in the kingdom, but he did not keep his promises. The Saudis make huge aids promises to the Pakistanis but in practice do nothing for Islamabad benefit.

The Saudis have always shown that they invest on governments that are relatively politically-stable, but in Pakistan the government changes every few years following a stealth coup, and the short life of these governments does not allow them to benefit from the Saudis. The new government, which came to power with a narrow margin of votes of the members of parliament, sees its political future shaky. Actually, the Saudis do not bet on an already losing horse, and this time, too, agreeing to the multi-billion aid package will not go beyond simple words.

The Saudis always make demands from other countries in return for fundings. In recent years, Pakistan cozied up to Iran and Turkey, thus worrying Saudi Arabia, a rival to both countries. Riyadh always looks at Islamabad as a balance maker in relation to Tehran and tries to keep it away from Iran and bring it to its camp. The Saudis have badly suffered in Yemen war and blame Iran for their losses not just in Yemen but across the region. Riyadh is pushing for a regional alliance against Iran and is trying to bring Pakistan face to face with Iran through aid promises. Whereas the Saudis in the past months walked a path of de-escalation with Iran, they have always had on their table the choice of destabilizing the Iranian eastern borders. With takfiri factions active on the Pakistani and Afghanistani soil, Riyadh has in the back of its head bolstering terrorist cells on the Iranian borders.

Also, by the Western exit from Afghanistan, the Saudis are trying to fill their security vacuum in the region. They seek a toehold in Afghanistan through Pakistan for a role in Afghan developments.

The Arab monarchy is eyeing use of technology and experiences of Pakistan, a nuclear state, for development of its nuclear power plants. In recent years, the Saudis have sought to build nuclear power plants under the pretext that Iran is building a nuclear bomb, and have asked Western countries for help. In 2018, bin Salman announced that if Iran acquired a nuclear bomb, Saudi Arabia would follow suit at the same speed, and such statements show that the Saudis are seriously pursuing a nuclear program. Repeated claims by the West that Iran is only one step away from building a nuclear weapon could lead the Saudis to the point where they think they must go nuclear in order to confront Iran.

The Western ignorance of Saudi nuclear demands is frustrating to Riyadh and that is why it is heading to Pakistan, which it finds a suitable choice to respond to its nuclear ambitions. To that end, Riyadh took the initial steps, and last year sent a team of researchers in nuclear and renewable energy to Pakistan to see courses at Pakistani nuclear institutions. It is also said that Saudi Arabia intends to inject new funding into Pakistan’s military industry in exchange for further nuclear assistance.

Intermittent tensions between Washington and Riyadh in recent years and American opposition to the Saudi nuclear ambitions on the one hand and Riyadh’s feeling of a need to check the Iranian policies in the region on the other hand are expected to shore up Pakistan-Saudi Arabia nuclear cooperation in the future, causing new challenges to the region and Saudi relations with the West. 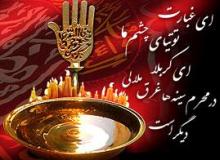