As killing of people from Hazara ethnic group continues, reactions to this crime unfold at home and even abroad.

Hazaras in the US from various states have staged a protest, condemning what they called genocidal crimes against the Hazaras in Afghanistan.

At the rallies, held in a number of cities including Washington, protesters issued a statement calling on the international community, especially the UN, to recognize “genocide of the Hazaras in Afghanistan.”

Human rights groups have so far failed to file a lawsuit with the government and the UN, and activists are trying to raise their voices by launching demonstrations and a “Twitter storm” to inform the world of this ethnic cleansing. Some journalists and representatives from other Afghanistan ethnic groups have joined the campaign.

Parviz Shomal, an Afghan journalist, wrote: “In Afghanistan, all ethnic groups have been harmed – Hazaras, Tajiks, Pashtuns, Uzbeks … but the fact cannot be ignored that young and old, children and even infants of no group have been attacked or slaughtered like those of Hazaras.”

Ghogha Taban, a prominent social media activist in Afghanistan, in a post said: “This is a lawsuit, not a song; a lawsuit for the systematic killing of the thousands who have been victims for decades – in groups. I ask all to be the voice of this lawsuit against this genocide.”

Sahara Karimi, the manager of Afghan Film company, in a Twitter post held that the ongoing systematic killings of a specific ethnic group are genocide and “we should not remain silent.”

Mustafa Hazara, a young poet living in the capital Kabul, published an image of Mohammad Arefi, a Hazara killed a few days ago in Sar-e-Karez blast, and wrote “Mohammad, please come, you are granted India PhD scholarship.” Mohammad was on his way home when a blast took his life.

Iranian users, also, have joined their “brothers and sisters in Afghanistan.” Omid, an Iranian journalist, held: “I don’t know if trending the hashtag works or not. I believe that the Hazara minority in Afghanistan are oppressed.”

The Hazaras have been target of most of the recent explosions, among them children killed in Dasht-e-Barchi, a region located in western Kabul. Afghanistan last year witnessed the first round of peace talks between the government officials and the Taliban representatives, but now, months later, not only is the fate of Afghan peace in serious doubt, but also its citizens are also deeply concerned as the foreign troops are planned to leave the county by September 11.

Are Hazaras subjected to genocide?

As a result of escalation of war and insecurity in recent years in Afghanistan, no Afghan, regardless of ethnic roots, remained immune to the attacks. Still, the Hazaras seem to have been given a larger share of the attacks. Hazaras of Afghanistan are Shiite and Persian-language, living predominantly in the central provinces. When the Soviet Red Army invaded Afghanistan in the 1980s, many of them fled to neighboring Iran and Pakistan.

After the overthrow of the Taliban and the beginning of the new Afghanistan era, the Hazaras played an important role in drafting the constitution, establishing and managing the media, and founding private higher education institutions and teaching in them. According to published statistics, from August 2, 2016 to May 8 this year 14 large-scale attacks, specifically aimed at gatherings, religious centers, or ceremonies held by Hazaras in Kabul, took place, killing 561 and injuring hundreds of others.

However, in the meantime, there have been many small attacks on Hazaras, most recently in Kabul’s Pole-e-Sukhteh region, a car carrying Mina Kheiri, a political presenter on an Afghan private television station, was attacked, resulting in the death of the 23-year-old journalist and her mother. Intensified attacks drew reactions from scientific, political, civil figures. Following a blast targeting Sayyed Al-Shohada girls’ school in Kabul on May 10, these figures asked the rights groups and UN institutions to recognize as genocide the recent attacks and take serious actions to stop them.

In recent years, numerous attacks targeted schools, universities, and sports centers in Kabul, with Hazara concentration areas,mainly the west of the capital, being the primary target. Assault on maternity ward, suicide bombing in the stadium, attacks on education centers, and shooting at the travelers in the main routes were the most shocking attacks aimed at the Hazaras over the past five years. There are various statistics on the number of these attacks and their victims, one of which puts the number of at 33 and the number of casualties at more than 1,000, with over 2,000 injured. The attacks took place mainly in crowded places, including maternity wards, stadiums, training centers, mosques, weddings, new year celebrations, political rallies, and mass protests.

Mohammad Aref Rahmani, the representative of Ghazni province in the House of Representatives of Afghanistan and a prominent Hazara figure, says that since 2015, about 5,000 Hazaras have been killed in 41 targeted attacks. Although this figure has not been confirmed by any of the official institutions of the Afghan government, Rahman argues that these attacks were carried out in a targeted and organized manner, and most victims of these attacks were the educated people of Hazara minority. He continued that the government has always covered up the real number of the terrorist attacks victims. “The government-presented figures of Hazara casualties over the past five years are way smaller that the true ones,” he asserted, adding that in the May 10 school attack in Dasht-e-Barchi, 120 female students were killed but the government figures put the number at 70.

Here is a list of the casualties of the anti-Hazara attacks:

– Attack on Imam Zaman Mosque in 2017 killed 39 and injured dozens.

– Attack on Tebyan cultural center in 2017 killed and injured 150

– Attack on Kowsar Education Center in 2020 killed 30 and injured dozens.

All these attacks have been carried out in an organized manner against the Shiite neighborhoods and centers of Kabul, raising suspicion about the assailants and their foreign supporters.

In Afghanistan history, massacring of the Hazaras is horrific. The biggest massacre against this ethnic group was committed under Abdul Rahman Khan between 1880 to 1901. According to historians, around 60 percent of the Hazara community was killed by his order under the excuse of disobedience to the central government.

Other examples of systematic killings of Hazaras can be seen in various governments, with the Taliban ruling in Afghanistan being one of the darkest periods for Hazaras in the country. The Taliban persecuted and massacred Hazaras because of their Shiite religion as well as their ethnicity.

Why are Hazaras targeted?

Despite the fact that ISIS terrorist group claimed responsibility for much of the anti-Hazara attacks, many believe the attacks on this ethnic group have intricate dark aspects.

According to some Afghan experts, some terrorist movements seeking to wage a religious war in Afghanistan are committing massacres of Hazaras in line with circles that are racially prejudiced and at the same time unable to tolerate the growth and development of the Hazara community.

Ahmad Zia Saraj, the general director of Afghanistan’s National Directorate of Security, says that in most of the attacks on Hazaras, ISIS and Haqqani Network can be tracked. There is no doubt that ISIS and other terrorist groups active in Afghanistan are involved in anti-Hazara attacks, and these actions go beyond simply ISIS role. The covert backers of ISIS seem to seek a religious conflict and ISIS is instrumental to this goal.

Earlier, Afghanistan’s national security chief had said that hundreds of ISIS terrorists are currently being held in Afghan government prisons, all of whom ideologically considering Hazaras and Shiites deserving death. This kind of thinking is a continuation of the Wahhabi thinking nurtured by Saudi Arabia. On this basis, there is no doubt that ISIS actions against Hazara Shiites in Afghanistan are advocated by Wahhabi groups.

Moreover, these attacks seek to corner the Hazaras in official political structure. Actually, one essential reason behind the unabated attacks on them is their absence in the decision-making and security circles. This weakness makes them minority in the political power distribution mechanism.

Even this discrimination makes many blame the government for suffering of these people. Abbas Ibrahm Zada, deputy head of Islamic Unity Party, believes that the government, due to “incompetence and lack of resolution to protect the Hazaras is an accomplice to the crimes against them.”

Afghan Independent Human Rights Commission in a statement for the first time asked the government to provide “special protection” for the Hazaras, especially in Dasht-e-Barchi. No response has been given to this request yet.

The government does not seem to currently have a plan to shield the Hazara citizens against terrorist attacks. Their marginalization by official state institutions has led to intensified poverty and internal differences. All these conditions make dim the future outlook for this community of Afghan citizens. 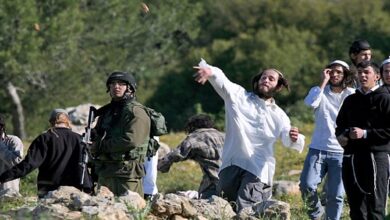 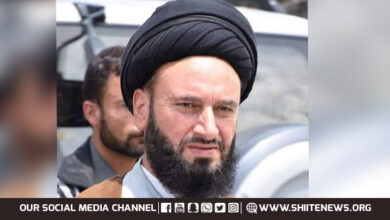 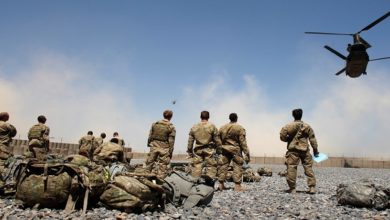 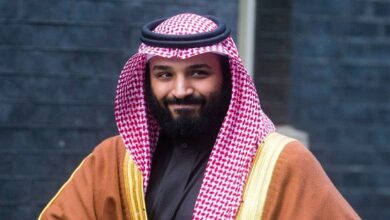