The ceaseless rhythm of the ever changing trajectory of harrowing incidents is phenomenal. The ominous regularity with which human mind is exposed to these is unnerving.

May 8, 2021 ushered the world to a new low along the downward spiral of man-made disasters. Multiple bomb blasts jolting the outskirts of Dasht-e-Barchi, targeting Sayed Al Shuhada Girls School unravelled a tragedy wreaking havoc upon students, primarily girls belonging to the Shia Hazara community. Dasht-e-Barchi has been in news for brazen militant attacks. Last year it was the Dasht-Barchi Hospital attacked in broad daylight, this year it was a girls’ school! This coincided, inauspiciously though with another bout of assaults continuing on end by Israel, disrupting the demographics of a predominantly Arab town, Sheikh Jarrah which has become emblematic of relentless resistance on the part of the Palestinian. Forcing them to abandon their homes in Sheikh Jarrah, storming Al-Aqsa mosque and attacking worshippers mobilized victims into protest. Hamas fired a volley of rockets following the ultimatum demanding Israel to pull back forces from Al-Aqsa mosque, the third holiest site in Islam. This was returned with deadly airstrikes by Israel, pounding civilian facilities and killing scores of children and women.

Earlier postponement of elections after a lapse of 15 years, and the stalemate surrounding the presidential elections expected in July have dashed hopes of statehood for Palestine. Elections have been put on hold for the fate of Palestinian voters in East Jerusalem is still not clear. Israel and Western countries have been reticent about the elections as the growing popularity of Hamas and its imminent success is neither palatable to Israel nor to the western countries, slamming the group as a terrorist organization. In case of an electoral win, the democratic face of Hamas will bolster its position in the region and neutralize its image as a militant outfit.

Although Fatah and Hamas have had strained relations, internal rifts in Fatah have only deepened the fault lines playing in the interest of Hamas. Despite mounting international pressure from the US and EU and intermittent Israeli incursions, Hamas’ remains entrenched in Gaza, which the rivals portend as a prelude to taking over the West Bank, either through electoral victory or perforce. This definitely poses a threat to Israel due to the close proximity and strategic location of the West Bank to a huge segment of Israeli population. Hence postponement of elections has dispelled the fears as of now, yet Hamas’ popularity over Palestinian Authority is imminent. Soaring corruption, wrangling and divisions among the Palestinian Authority have aggravated prospects of popular appeal, further precipitating Hamas.

The US politically contrived move to relocate its embassy to Jerusalem, formalizing peace between Israel and the UAE, following peace deals with Bahrain, Sudan and Morocco have jeopardized the Palestinian cause for freedom. That said, the role of proxy war between Iran and Israel has entered a new phase, locking Israel in an unsavoury position, with its queer spatial location. Israel is beleaguered by its demographic countenance, bordered by Lebanon in the north, Jordan and Syria in the East and Egypt in the South.

Israel faces Iranian-backed Hezbollah in the north which has strengthened its foothold in the region and has emerged more militarily ensconced than the Lebanese Army. It can use both Syria and Lebanon to achieving military gains. Israel considers the subtle presence of Iran in the shape of Iranian trained militia along its northern border as a fatal red line. Even the splinter groups in Palestinian Authority are said to be wooing Hamas owing to its growing popularity among the Palestinian.

On the other hand Yemen’s resistance has also gained momentum; the Houthis are far stronger today with President Hadi in exile and his government in doldrums. US Navy recently accused Iran of stepping up military supplies to the Houthis. This came as the US Navy declared that it had seized a shipment of weaponry meant for the Houthis. We must not forget that Houthis, officially called Ansarullah, vociferously condemn Israel, chanting ‘Al maut-ul-Israel’ i.e. ‘Death to Israel!’ as a mission statement. The triple-H axis of resistance comprising Hamas, Hezbollah and Houthis has built up their arsenal which can prolong war indefinitely and weaken Israeli position.

Thus Hamas firing a barrage of rockets, hitting Ashkelon, Tel Aviv and Lod, sending off signals without cessation, disrupting power supplies, causing sporadic blackouts, hitting buildings and cars, forcing Israelites to take to basements does not auger well for the Iron Dome. The local population scrambles for cover as the coastal city Ashkelon is a hard hit by the Gazan rockets. Putrid stench and smoke billowing from blazes has cast a state of emergency in Lod. Even with rockets being intercepted, it goes onto showing that gone are the days when the Palestinians would retaliate merely by pelting stones.

Gaza also witnesses fierce, unabated airstrikes, hitting apartment buildings, killing women and children. In the midst of the raging skirmishes, China expressed a ‘high degree of concern’ and urged the UN to expedite de-escalation of tension and execute a two-state solution. It is alarming that US blocked UN Security Council meeting which was to be held on Friday, 15th of May, called by China, Tunisia and Norway. Earlier on Wednesday, the emergency meeting of the Security Council ended without reaching a consensus on a joint statement. US which acts as an ally to Israel, in a bid to stall peace overtures will only increase death and destruction in the densely populated Gaza resulting from Israel’s continuing hostilities.

In the midst of the carnage, the picture of Maryam Al-afifi throwing a smile of resilient triumphalism while being manhandled and handcuffed tells a different story. There is an uncanny sameness with the smile feasted on the face of an 11 year old Palestinian, martyred child Hamza; the smiles show promise in the changing contours of Palestinian resistance. 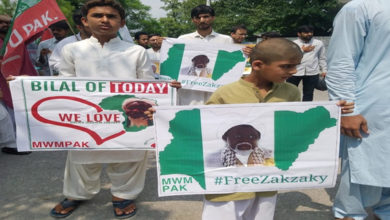 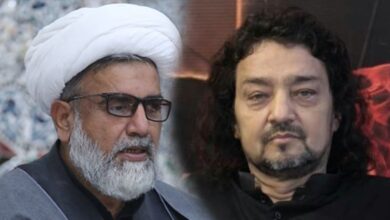 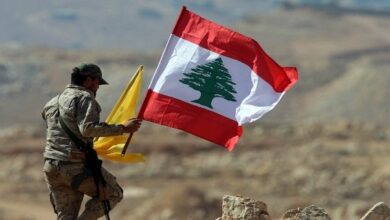 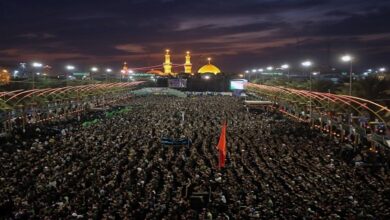