Iraqi Prime Minister Mustafa al-Kadhimi arrived in Riyadh on Wednesday for a multi-day visit for talks with the Saudi officials. The visit followed a March 25 virtual meeting between al-Kadhimi and Saudi King Salman at the request of the Saudi monarch, and the recent visit is following an official Saudi invitation.

Now the question is that what goals both Riyadh and Baghdad leaders seek behind this trip.

Security and political relations were one of the fields of discussions between the Iraq and Saudi officials during the visit. According to official Iraqi news agency, al-Kadhimi and Crown Prince Mohammed bin Salman besides expressing satisfaction with the level of cooperation and coordination between the two countries, emphasized on cooperation in fight against extremism and terrorism as regional and international threats through sharing experiences of the security and intelligence agencies.

“They agreed to support the Iraqi efforts in association with the international coalition to counter the remnants of Daesh (ISIS) terrorist organization,” the report said.

But what does bin Salman seek behind the security partnership with Baghdad? Essentially, what is the goal of Prince Mohammed behind raising terrorism cooperation with Iraq?

The driving motivation for bin Salman to engage in security cooperation with the Iraqi government is a desire to build security influence and confront the Iranian sway there. From the Saudi leaders’ point of view, the strategic cooperation and good relations between Tehran and Baghdad could be a serious threat to Riyadh, which in the long run will further strengthen the Iran-led Axis of Resistance. Thus, in recent years, Saudi regime has made great efforts to exert influence in Baghdad and strengthen its influence in the neighboring country in order to confront Iran, although most of this strategy is in the form of fueling unrest and supporting anti-government protests.

In addition to security, during al-Kadhimi visit, the two countries discussed economy and inked significant agreements, most important of which are:

2. Cooperation in energy sector including renewable energies and activating and accelerating a “joint plan of action” under Iraq-Saudi Coordination Council. The two countries also agreed to coordinate their stances in the area of oil and work within the framework of the OPEC and OPEC Plus and comply with their decisions that are aimed at stabilizing the global energy markets.

5. Facilitating investment opportunities of companies and encouraging them to expand their domain of activities in Iraq in all areas including reconstruction.

But, how likely is the implementation of these agreements? To answer this question, one should know that the Saudi promises of financial support to Iraq are never new. In the past, Iraqi leaders including former PM Adel Abdel Mahdi received such aid pledges but so far none came to materialization.

The promise of a $3 billion joint venture fund to al-Kadhimi comes as Saudi Arabia has made similar proposals to other countries over the past years. Riyadh, for example, ordered the creation of a joint investment fund with Pakistan in 2018, but after a short time, Islamabad’s decline to walk in line with the Saudi rulers in a variety of political issues pushed the $10 billion fund off the agenda. Riyadh also made financial promises to Jordan, Lebanon and even some African countries, but did not fulfill any of them.

The fact is that the Saudi rulers are using economic tools and petrodollars as a stimulus to advance their policies. Like the past decades, the country intends to use the financial power of its huge rentier income to attract foreign support as well as advance its foreign agenda. But any actor with the least deviation with their policy and demands will be quickly removed from their financial support circle. Regarding Iraq, it seems that this scenario will be repeated, and in the near future, due to the independence of Iraq’s foreign policy from the Saudis, this fund will go defunct and will face problems in the early stages. It is also noteworthy that the destination of the Saudi investments in Iraq is shrouded in mystery, ensuring the fund’s failure.

The Saudi leaders are not the only party seeking interests in Iraq. The Iraqi PM has his own objectives behind the visit to the Arab kingdom. With the early parliamentary elections set for October 10, al-Kadhimi has been pushing over the past months to make home and foreign policy gains to promote his profile and thus secure advocacy in the Iraqi politics. He struggles to attract foreign investment to provide remedy to the crisis-hit economy and get things right and also gain the foreign powers’ satisfaction and backing in the October election to continuation of his premiership.

He very likely during the Riyadh visit urged the Saudis to throw their political support behind him and inject cash for emergency treatment to Iraq’s economy in a quest for popular support at home. 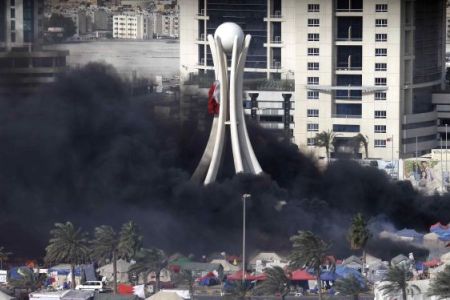 Saudi or Israeli, which regime is worse?