103 years ago, the story of the Palestinian plight and misery started with the Balfour Declaration on November 12, 1917, which historically prepared the ground for the creation of a state in Palestine for the Jews of the world.

The letter was sent by British Foreign Secretary Arthur James Balfour on November 2 addressing Walter Rothschild, the British Jewish financer and politician and one of the prominent figures of Zionism. The letter carried a promise of founding a national state for the Jews in the Palestinian territories.

Before this post, Balfour had served as PM from 1902 to 1905. He came back to power with help from the Rothschilds. Even if not himself being a Zionist, Balfour held firm commitment to the Zionist ideals and that was behind Rothschild’s support for him.

Balfour Declaration was unveiled a year before the First World War while London was preparing for battle. Following the declaration, which was part of the “stateless nation within a nationless state” campaign, the massive migration of the Jews from across the globe to the historical Palestinian territories began. The main goal of the letter was to attract the support of the powerful Jewish diaspora in Britain, as the US was yet to enter the world war.

With the establishment of a British mandated state in Palestine from 1920 to 1940, the Jewish migration to the Palestinian territories was accelerated. The Second World War and its consequences to the European Jews took the migration to a next level.

The British move unleashed displacement, plight, and genocide to the Palestinians during the next century. The Palestinian nation during the past 70 years led various uprisings in defense of its existence and soil but the full-scale struggle against occupation gave place to a discourse of compromises to Tel Aviv following the recognition of the Israeli regime by some Arab countries, Egypt in 1979 and Jordan in 1994, unfulfilled promises of forming an independent Palestinian state under Oslo 1993, and then the so-called Arab peace initiative presented in 2000. The outcome was tragic for the Palestinians: As they walked back from their struggle, Tel Aviv pressed ahead and seized vast parts of their soil.

The deal of the century: A fruit of Oslo agreements and Arab peace initiative

Although an experience of decades-long negotiations has proven that compromises and talks bring about nothing but legitimacy to the Israeli aggression and occupation and that the Israelis take not even a single step to realize the promise of a Palestinian state under the United Nations resolutions and with 1967 borders, the power struggle of some Palestinian leaders and tying the Palestinian people’s fate to the shaky supports and plans of such Arab regimes as Saudi Arabia, the UAE, and Egypt took the destiny where it was clear to reach since the beginning: The “deal of the century” to fully destroy the Palestinian cause.

It should be taken into account that although Saudi Arabia and the Arab League pose to be backers of the Arab initiative and refrain from early normalization despite the UAE and Bahrain recognition of the Israeli regime for which Palestinians called them traitors stabbing the Palestinian cause in the back, this intra-Arab division is again a deception. To put it differently, the deal of the century and normalization are the fruits of Arab and Palestinian compromises. Apparently, the Israelis would not stop their aggression before occupying the last inch of the Palestinian lands. It is clear that Bahrain normalized with a green light from Saudi Arabia and if it was not for fear of the Muslim world reactions, Saudi Arabia and Crown Prince Mohammed bin Salman outraced the UAE in normalization.

The secret behind turning the page of developments

As it was mentioned, the Israeli regime was the outcome of British colonialism, American imperialism, and the treason of some dependent Arab rulers. Since the beginning of its creation, Israeli regime pressed with occupation and aggression against the Palestinian rights. In the meantime, although the Palestinian groups along with the unified voice of the nation condemn the deal of the century and the Arab-Israeli normalization and are heading to the national unity, remarks by some figures of the Palestinian Authority show that they tie their cause to the US election results so that they can continue their apparently failed approach should President Donald Trump lose the elections a new leader come to White House.

Now it should be mentioned, firstly, that change of White House officials would never change the major US strategy of full support to the Israeli regime. During their campaigns, the two candidates several times emphasized their unwavering support to Tel Aviv. The domination of the Zionist lobbies on the American economy, media, and politics is so deep-rooted that the road to the White House is blocked without support from this powerful and wealthy lobby. So, even if the Democratic Joe Biden wins the election, it is impossible to reverse the White House decision for relocating the US embassy from Tel Aviv to the Al-Quds (Jerusalem) and recognizing illegal Israeli settlements.

Secondly, historical experience shows that the Israelis only know the language of military force and resistance to retreat from their aggression and occupation. They always use the negotiating table to fix their achievements and legitimize their occupation. So, new dialogue is an Israeli ideal after the embassy relocation and recognition of settlement by Washington.

Meanwhile, with the consideration of the regional and international developments and also the developments in the occupied Palestinian territories, there is a promise that the tide will be turned in the near future as the Palestinians build their unity and resort to the resistance choice and cancel all agreements with the Israelis.

After all, now the resistance discourse and Axis of Resistance more than any other time play a decisive role in regional developments. The Israelis are now in the most difficult security conditions, encircled by the resistant groups. Over the past two decades, they have not won a war and only sustained defeats. Moreover, economic and political gaps at home have made the regime quite vulnerable to blows. The depth of the Israeli vulnerability can be seen through the Palestinian “march of return” peaceful protests that for months turned into a big crisis for Tel Aviv. Meanwhile, internationally, the US decline is coming fast. The US is no longer a leading global power as other powers are pushing the global order to multipolar form.

With these factors in mind, the Palestinians must be optimistic that they can transform the equations to their favor by unity, strictness against Tel Aviv, and also the rejection of the empty promises of the US and the compromising regional regimes. 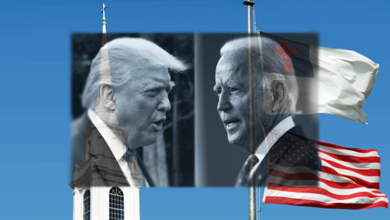 Have Evangelicals Lost Faith in Trump?