Over the past decade, Yemen has been a hot spot for a geopolitical competition of regional powers. The competition is so serious that an important part of the developments in the war-weary country is determined out of its borders and by a game of foreign actors.

However, since 2015 when Ansarullah resistant movement has taken control of the north, the foreign intervention shifted to the south, witnessing amassment of foreign forces and the severe struggle over the power there.

Meanwhile, differences between Saudi Arabia and the UAE, as the two key foreign actors in Yemen supporting opposite parties in the home conflict, have fueled political and security instability in southern Yemen over the past year. Since 2019, the UAE-backed Southern Transitional Council (STC) arranged several coups and armed rebellions against the Saudi-backed government of the resigned President Abd Rabbuh Mansour Hadi.

The peace initiatives to end the power struggle in Aden, a major city in the south, especially the one which was proposed by Riyadh and was signed in November by Hadi’s government and the STC to share the power, failed altogether.

As the latest example of this full-scale confrontation, the separatist southern forces seized Socotra Island from the Hadi loyalists. Commenting on the recent developments, Salem Sabet, a member of the STC, said: “We seized the camp of the Special Forces as the last base of the Muslim Brotherhood militants affiliated with the Hadi government in Socotra’s center Hadibu and took as spoils all of their arms, vehicles, and other military facilities.”

The events, marking a big defeat for the fugitive Hadi in his claims about having legitimacy in the south and the capability to hold the power there, have come costly for him. The recent defeats are so significant that he lashed out at Saudi Arabia, arguing that the loss was a result of the Saudi Arabian betrayal of him.

Mukhtar al-Rahbi, the advisor to the resigned government’s minister of information, in a Twitter message claimed that Saudi Arabia and the UAE share the Yemeni soil between them.

“The coalition countries split Yemen for themselves. Saudi Arabia has taken Al-Mahra and Socotra and the UAE has taken Hadhramaut, Aden, and the western coast,” his tweet read.

Though the tweet by the Hadi government’s diplomat once again reveals the expansionist plans of the aggressive Arab alliance, which in 2015 waged a war on Yemen under the excuse of reinstalling Hadi who resigned from his post and fled to Saudi Arabia, in a yet important revelation it tells of the deepening gaps between Hadi and the Saudis on the course of the future developments in Yemen.

End of Hadi’s government closer than before

On May 20, Yemen’s Al-Wefaq News website, citing an informed source, reported that Riyadh hotels hosting Mansour government’s officials have begun evacuating them. The committee that was responsible for paying their stay expenses stopped work since early June, the news outlet added.

Although in their analysis of this surprising news some media referred to the financial troubles the Saudis are grappling with these days as a result of the coronavirus outbreak and the slump in oil prices, the recent developments show a Saudi step to end the useless and even pesky government of Hadi.

Hadi has been so pessimistic about the steps taken by the foreign sides to start negotiations between Ansarullah-controlled Sana’a and Riyadh and even opposed them. That is while the erosive war, heavy costs of the war, foreign pressures on the Arab kingdom to end the devastating war, and growing Ansarullah victories on the battlefronts leave Riyadh with no option but dialogue. At the same time, Hadi’s lack of legitimacy in the southern regions itself caused gaps among anti-Sana’a forces, something unacceptable for the Saudis.

So, the attacks by the STC fighters on economically-sensitive regions in the south and seizing them while the Saudis are watching actionless is an agreed-upon move by Saudi Arabia and the UAE and meant to gradually end the government of Hadi.

The next step of the separatists in the south is predicted to be the seizure of Shabwah, a southern oil and gas-rich province.

The transitional council plans to seize control of rich regions like Socotra and Shabwa to further push to the wall the economically-troubled resigned government. Hadi’s government has not paid its fighters and workers for months now.

Riyadh struggles not to fall behind for interests in the south

Riyadh’s recognition of the weight of the STC, which was founded by Abu Dhabi in 2017 with the intention to split Yemen, on the ground should be read as the kingdom’s surrender to the fait accompli and taking into consideration the historical separatist will of the southerners to steer clear from seeing them fully embracing the UAE. Abu Dhabi goes in line with southern demands to gain control over such strategic regions as Aden port as well as geoeconomically-important places like beautiful Yemeni islands in the Red Sea.

In these conditions, Saudi Arabia which historically sees Yemen as its backyard and holds tight contacts with Yemeni tribes, takes measures to make sure it is not falling behind in supporting the southerners. Al-Arabi Al-Jadid news website in an article titled “A New Rebellion Directed from Riyadh” said that now it is not only Abu Dhabi that is the sole supporter of the anti-Hadi separatist rebels. The new wave of armed rebellion is being directed from Riyadh.

Actually, Riyadh leaders are aware that there are some southern forces who are not necessarily compliant with Abu Dhabi. These independent forces, at the same time, seek independence for southern Yemen too. Their alliance with the UAE in the present conditions is a matter of tactics, the Saudis understand. So, the kingdom’s backing to the southerners should be seen as ushering in a new chapter in the Saudi-Yemeni contest in the Yemeni developments. 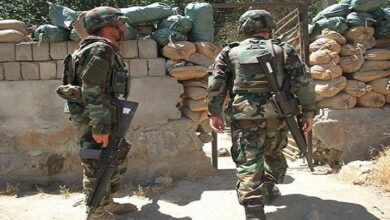 Douma Chemical Attack Scenario, Like Others, Doomed to Failure