The negotiations between the representatives of the separatist groups in southern Yemen and the resigned government of Abdrabbuh Mansour Hadi in Saudi Arabia’s Jeddah ended without tangible results on Thursday, making the shadow of war and tensions sustain on the country’s south.

After the meeting, the Saudis issued a strong-toned statement practically highlighting the fruitlessness of the talks between the warring sides. Two Yemeni officials told the Reuters news agency that the Saudi statement meant that the dialogue has reached an impasse and that the two sides prepared for further clashes. The Saudi statement read that any efforts to destabilize Yemen poses a threat to the security and stability of the state and will be strongly responded. The Arab kingdom, additionally, highlighted the need for the separatist militias to hand over the military bases and state buildings to the “legitimate government.”

The Security Belt Forces, militia group based in the south, on Friday said that the “situation is heading to further war. So, the people of the south are bracing for an announcement for public mobilization.”

Why have the talks failed?

One of the main reasons behind the collapse of the peace initiative is the precondition set by the representatives of the fugitive president Hadi. They stipulated that the Southern Transitional Council should fully pull out of the captured areas so that they can help build the ground for implementation of the ceasefire.

Ahmad al-Maissari, Hadi government’s minister of interior, on Wednesday said: “We have no timetable for talks with the Southern Transitional Council.” He added: “If there must be talks, they should be held with the Emirates. This country is the main side of the conflict with us and the Transitional Council is only a political instrument in their hands.”

Last week, the Emirati aircraft bombed positions of Hadi loyalists in support of the secessionist militias in the south, killing and injuring over 300 in Aden. The strikes triggered a complaint against the UAE with the United Nations by Hadi’s envoy.

Yet another reason the talks failed was the separatists’ demand to be given the post of vice-president along with the two ministries after full dismissal of the representatives of Muslim Brotherhood-affiliated Al-Islah party ministers from Hadi’s cabinet. They faced strong rejection from the opposite side.

Mujtahid, an anonymous Saudi whistleblower active on Twitter, claimed that the Saudi Crown Prince Mohammed bin Salman has promised Hadi administration that he will return to it all of its buildings and positions lost to the secessionists in Aden and other southern cities under the condition that the president replaces the Al-Islah forces and government ministers with the forces and ministers from the Transitional Council.

Re-ignition of war in Aden

Following the failure of the negotiations, the local officials have said that two sides are mobilizing their forces for renewed clashes. In the oil-rich Shabwa province, the government forces are bracing for a campaign to reclaim Abyan and Aden.

On Wednesday last week, Hadi government said that it retook control of Aden, which is a major port city, and that its forces were advancing to capture areas in other southern provinces like Abyan and Shabwa. But less than 24 hours, the Transitional Council which undertakes the administration of the seized regions in the south announced that they fully gained control of Aden city. They added that Ja’ar, Abyan province’s second-largest city, also fell to the UAE-loyalist forces.

Aljazeera reported that each side has parts of the city as the clashes are resumed. Hadi government controls Al-Shaikh Othman, Dar Al-Sa’ad, Al-Barigha, and presidential Ma’ashigh Palace. And the separatist council’s forces hold Kariter, Al-Mansoura, Al-Tawahi, and the airport in Aden, according to the Qatari broadcaster.

As the time goes by, the gaps between Saudi Arabia and the UAE as the main allies leading the anti-Yemeni war widen and the optimism for peace in the south increasingly fades away as the two powers further go into a conflict of interests. Since the start of war, major Saudi goals revolved around checking the power gain of Ansarullah movement as the main revolutionary force in the war and leading the post-Hadi government in Sana’a, securing the kingdom’s southern borders with Yemen, preventing Yemen military power increase, controlling Yemeni oil resources, and constructing oil and gas pipelines carrying hydrocarbons from Saudi Arabia to the Arabian Sea through Al-Mahra province of Yemen to cut the reliance on Strait of Hormuz for oil exports. However, the Emiratis have sought to control Yemen’s southern ports and the strategic islands in Bab-el-Mandeb and Socotra.

Now and with full defeat of the Arab coalition in the fight against Ansarullah in the north, as well as Abu Dhabi’s announcement to withdraw its forces from the conflict with retreat from Yemen’s western coast and Ma’arib province amid Ansarullah threats to strike deep into the UAE with ballistic missiles and combat drones, Riyadh which does not want to end the war empty-handed is struggling to make economic and political gains in the south, the seat of the fugitive government. The Saudi pressure to take a share from the south increasingly makes Riyadh and Abu Dhabi come to blows.

Their division has so far played into hands of Ansarullah, facilitating advances by the popular movement in regions which are evacuated by forces loyal to the UAE. Reports say that mercenaries on the border with Saudi Arabia on Najran front after the recent developments in the south have left their positions after a request by Hamoud Saeed al-Mekhalfi, a separatist leader, to leave the Saudi borders and move inside Yemen. They reportedly quitted Marib and Taizz fronts, leaving Saudi forces and Sudanese mercenaries alone and unassisted. 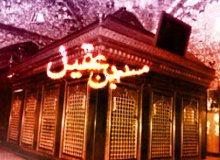 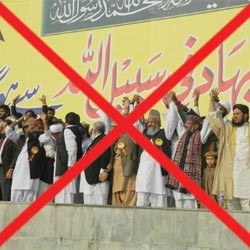