Shiite News: The head of Shia Ulema Council (SUC) Pakistan, Allama Syed Sajid Ali Naqvi in his message on the occasion of the day (7 Dhul-Hijjah) of the martyrdom of the fifth Imam, Hazrat Imam Muhammad Baqir A.S, said that there was no difference in noble goals and the high mission of the 12 imams of Ahlul-bayt A.S, there was complete uniformity, but the paths to achieve these goals were different depending on the requirements of their time.

Allama Sajid Naqvi further says that the Holy Prophet (SAW) said to his companion Hazrat Jabir bin Abdullah Ansari R.A, “You will visit my fifth successor whose name will be in my name and he will impart knowledge, say my greetings to him”.

In the same way, Hazrat Imam Muhammad Baqir, through his morals and character, provided proof of being the true heir of his holy ancestor.

The constant struggle against deviant groups and the firm and unequivocal stand on his principles was the hallmark of Imam Muhammad Baqir A.S, so he continued to spread the message of truth without caring about the difficulties and sufferings along the way.

He emphasized that the founder of the idea of training students in a specialized manner was Imam Muhammad Baqir A.S, who undertook the task of propagating the religion of Islam and trained hundreds of students.
Thus, the great scholars of other religions of the time were also seen to say that “whatever Muhammad Baqir teaches is the truth and the right”.

Pieces of Advice to his son Imam Jafar Sadiq (A.S) is a valuable asset and treasure of history. Imam A.S advised his son to convey this knowledge to human beings, so that man should know what is the cause of his creation? 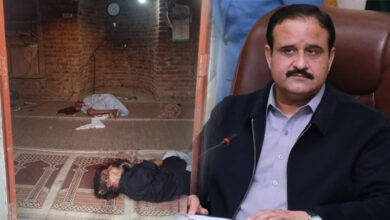 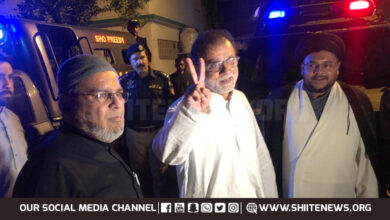