Shiite News: The Nation observed 24th November as the Martyr Anniversaries of Fly Officesers Maryam Mukhtar and Nad-e-Ali Kazimi. Both were pilots of PAF and belonged to the Shia community of Pakistan.

Maryam was martyred died in Gujjart along with his instructor Saqib Abbasi during routine training. Her plane caught fire while it was flying over a residential area. She and her instructor were not ready to land the Plane in the residential area. Because of this noble thought, both of them hugged Martyrdom.

Maryam was one of the 5 women fighter pilots of Pakistan.

Flying Lieutenant of PAF, Syed Nad-e-Kazimi was Martyred on 24th November 2020 when an Electric Transformer was tripped in Risalpur Cadet College. It was a big breakdown of Electricity in the College. On arrival of Military Engineering Staff, Nad-e-Ali was laid on the floor unconsciously, he was immediately shifted to CMH Risalpur Hospital but he had lost his life. 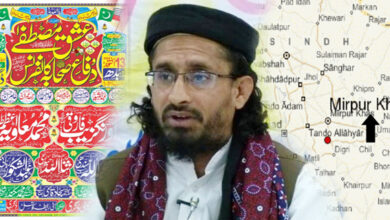