The Palestinian resistance movement of Hamas has decried the British government’s decision to designate the group “a terrorist organization” as “continued aggression” on Palestinians and their rights.

The British government announced that it intended to label Hamas “a terrorist organization” on Friday. British Home Secretary Priti Patel said on Twitter that she had “acted to proscribe Hamas in its entirety” as the military wing of the resistance movement has been banned in the UK since 2001. The ban, which requires parliamentary approval, would make it illegal in Britain to be a member of Hamas or to express support for the movement, with a maximum penalty of 14 years in jail.

In a press release on Friday, Hamas said, “Unfortunately, Britain continues with its old delusion, supporting the aggressors at the expense of the victims, instead of apologizing and fixing its historical sin against the Palestinian people,” referring to the Balfour Declaration and the British mandate that handed over Palestinian lands to the Zionist movement.

The Balfour Declaration came in the form of a letter from Britain’s then-foreign secretary, Arthur Balfour, addressed to Lionel Walter Rothschild, a figurehead of the British Jewish community. It was published on November 2, 1917.

The declaration was made during World War I and was included in the terms of the British Mandate for Palestine after the dissolution of the Ottoman Empire. It is widely seen as the precursor to the 1948 Palestinian Nakba, when armed Zionist militia forcibly expelled more than 750,000 Palestinians from their homeland.

In the Friday statement, Hamas stated that “resisting the occupation with all available means, including the armed resistance, is a guaranteed right” under international laws, stressing that the Israeli occupation was rather terrorism.

“Killing the indigenous people, displacing them forcibly, destroying their homes and detaining them is terrorism,” the statement said, adding, “The siege of more than two million Palestinians in the Gaza Strip, most of them children, for over 15 years is terrorism…, war crimes and crimes against humanity as many international organizations and rights institutions have described.”

The Gaza Strip has been under Israeli land, air, and sea blockade since June 2007, when Hamas, which has vowed to resist Israeli occupation, rose to power in the enclave, where two million people live. The crippling blockade has caused a sharp decline in the standard of living as well as unprecedented levels of unemployment and unrelenting poverty in the strip.

Also on Friday, Hamas stressed that attacking sanctities and intimidating worshipers “is terrorism itself” and that stealing lands and building settlements on them is “the worst form of terrorism.”

In its press release, Hamas urged Britain to end its support for Zionism, and “atone for its sin” against Palestinians, referring to the Balfour Declaration. It also called on all supporters of the “just” Palestinian cause in Europe, especially in Britain, to condemn the UK decision as “a continuation of aggression on our people and their inalienable rights, which began more than 100 years ago.”

Hamas also emphasized that Palestinians were determined to achieve their goal of liberating the Palestinian territories. 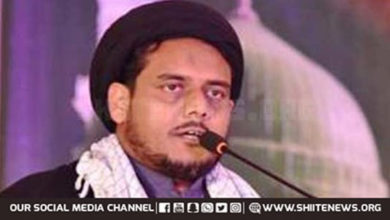 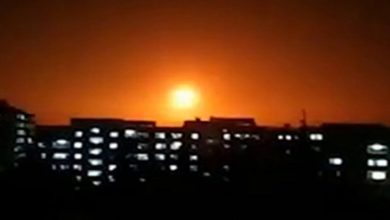