Top Israeli and Emirati defense firms signed two agreements on Thursday to work together to develop remote-controlled and autonomous vehicles and to maintain and sell advanced cameras for military and commercial purposes, the Israeli company said.

These were the latest defense deals signed between the two sides during this month’s Dubai Air Show, a major weapons exhibition in the Emirati city.

Israeli defense firms were able to open a booth there for the first time this year, after the Zionist entity and the United Arab Emirates normalized ties last year.

On Thursday, Israel Aerospace Industries (IAI) and EDGE Group, both owned by the occupation regime, signed the two memoranda of understanding.

One of the agreements focused on the formation of a joint center in the UAE that would maintain and market the Israeli firm’s advanced electro-optic arrays.

Under the second memorandum of understanding, the two companies agreed to work together to design and build unmanned surface vehicles for both military and commercial applications. 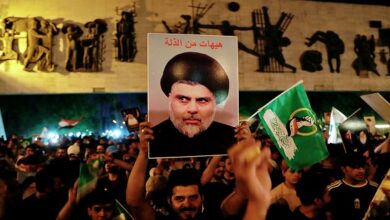 Over 1,000 Civilians Killed in US, SDF Attacks on Raqqa in 3 Months