Yemeni Forces have unveiled new domestically-built military hardware, including ballistic and winged missiles in addition to unmanned aerial vehicles, which Sana’a says could act as game changers in the face of the Saudi-led military aggression against the Arab country.

The media bureau of Yemen’s Operations Command Center announced that the defense achievements were showcased during an exhibition dubbed Martyr Saleh al-Samad — the late president of Yemen’s Supreme Political Council, who was killed in a Saudi airstrike in the western province of Hudaydah in April 2018 — in the Yemeni capital city of Sana’a on Sunday afternoon.

Yemeni air defense units and allied fighters from Popular Committees had earlier made use of Sammad-3 and Qasef-2k drones, but they had not been put them on display until today.

Mashat said the next phase of engagement with the Saudi-led military alliance against Yemen will be full of surprises, emphasizing that the new weapons will make a profound difference in the balance of power.

Emati, for his part, stated that Yemeni Armed Forces have reached an advanced stage in the field of military industries, highlighting that the newly-unveiled weapons have been successfully tested in several operations and proved their efficacy and accuracy to hit designated targets.

The Yemeni defense minister further noted that the next stage of retaliatory attacks against the Saudi-led forces of aggression will be the greatest and most painful, unless the aggressors broker peace and put an end to their military campaign and siege against the Yemeni people.

“The detection, tracking and targeting capabilities of the new armament will turn a new page in the history of the Yemeni military, especially as the advanced weapons have undergone successful experimental stages and proved their effectiveness,” Saree had pointed out in a statement released on June 26.

“Yemeni armed forces are working strenuously to develop their defense capabilities to stop the (Saudi-led) aggression and lift the blockade of Yemen. This falls within the framework of our legitimate rights to defend ourselves, our country, our people, our religion and our dignity,” the senior Yemeni official said at the time.

Saudi Arabia and a number of its regional allies launched a devastating campaign against Yemen in March 2015, with the goal of bringing the government of former president Abd Rabbuh Mansur Hadi back to power and crushing the Houthi Ansarullah movement. 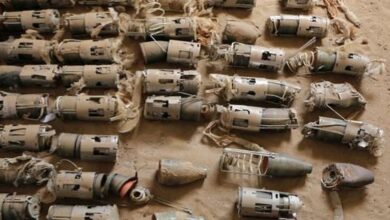