The Saudi-led coalition has bombed targeted more than 3526 educational facilities in 22 Yemeni provinces, of which 402 were completely destroyed, during four years of aggression.

Yemeni Minister of Education Yahya al-Houthi has confirmed at a press conference that the compelling evidence of numbers and images is sufficient to expose the conspiracy of aggression against the education system in Yemen in the past four years of aggression.

He noted that the number of educational facilities that were closed as a result of the aggression amounted to 660, while 1,465 facilities were partially damaged.

The minister also explained that 993 educational institutions were used to house people displaced by the US-Saudi aggression against the country.

Al-Houthi furthermore pointed out that the aggression affected teachers and workforce in the education sector, explaining that approximately 200,000 teachers in 22 provinces have had salaries cut, affecting over 4.5 million students in the process. 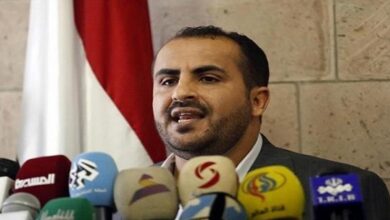 Agreement on prisoners swap reached at Yemen talks in Sweden