Yemen has turned into a “living hell” for all children with thousands dying every year from malnutrition and easily preventable diseases, a top UN official says as Saudi Arabia presses ahead with its bloodshed and atrocities in the course of its three-and-a-half-year-old war against the impoverished country.

“Yemen is today a living hell — not for 50 to 60 percent of the children — it is a living hell for every boy and girl in Yemen,” Geert Cappelaere, the regional director for the Middle East and North Africa at UN children’s agency UNICEF, told reporters in the Jordanian capital of Amman on Sunday.
He called on the warring parties to join proposed peace talks due to be held later this month and agree to a ceasefire across the conflict-ravaged Yemen.
The United Nations International Children’s Emergency Fund (UNICEF) warned that more than seven million children are facing a serious threat of famine in Yemen.
“Today, 1.8 million children under the age of five are facing acute malnutrition, and 400,000 are affected by severe acute malnutrition,” Cappelaere said late in October 31.
Elsewhere in his Sunday remarks, the UN official said malnutrition leads to the death of 30,000 children each year in Yemen, while one child dies every 10 minutes from easily preventable diseases.
Cappelaere added that the figures were “a reminder for all of us to realize how dire the situation has become.”
“We call on all parties to get together later this month under the leadership of the UN special envoy… and agree on a ceasefire and a road to peace for Yemen,” he said.
United Nations Secretary General Antonio Guterres said on Friday that Yemen is teetering “on a precipice”, appealing to the international community to put an end to the Saudi war on the impoverished nation.
“Yemen today stands on a precipice. On the humanitarian side, the situation is desperate. We must do all we can to prevent the already dire conditions from deteriorating,” said the UN chief in a press conference, adding that the consequences of such a war would be “terrible” for the Yemeni nation.
Leading a coalition of its allies, including the United Arab Emirates and Sudan, Saudi Arabia invaded Yemen in March 2015 in an attempt to reinstall Yemen’s former president Abd Rabbuh Mansur Hadi, who resigned amid popular discontent and fled to the Arab kingdom.
Since the onset of the imposed war, the Yemeni army, backed by fighters of the country’s popular Houthi Ansarullah movement, has been defending the impoverished nation against the brutal aggression. The coalition, supported by the United States, is also resolute to crush the movement as another goal in its war on Yemen, which is teetering on the edge of famine.
Saudi Arabia has so far achieved none of its objectives in Yemen. Riyadh had declared at the start of the invasion that the war would take no more than a couple of weeks.
According to a new report by the Armed Conflict Location and Event Data Project (ACLED), a nonprofit conflict-research organization, the Saudi-led war has so far claimed the lives of around 56,000 Yemenis.
The Saudi-led war has also taken a heavy toll on the country’s infrastructure, destroying hospitals, schools, and factories. The UN has already said that a record 22.2 million Yemenis are in dire need of food, including 8.4 million threatened by severe hunger. According to the world body, Yemen is suffering from the most severe famine in more than 100 years.
A number of Western countries, the United States and Britain in particular, are also accused of being complicit in the ongoing aggression as they supply the Riyadh regime with advanced weapons and military equipment as well as logistical and intelligence assistance. 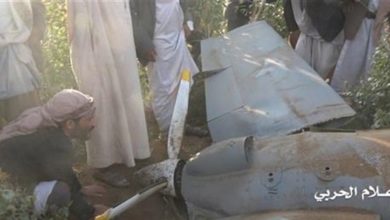 Yemeni Rockets Rain Down on Saudi Military Base