Al-Jamhoury hospital in Hajjah declared a state of emergency and issued an urgent call to citizens to donate blood.

For his part, a spokesman for the Ministry of Health confirmed that the ministry was forced to open a field hospital because of the inability of the Hospital to cover all cases.

He pointed out that the health situation in Yemen is very critical and the escalation of crimes is over than the capacity of the health system.

The US-Saudi aerial aggression launched on Sunday evening two raids targeting a wedding in the house of Ja’far Musabi in the Raqqa village of Bani Qais.

Wedding parties in Yemen are often crowded with citizens, including children.

This crime comes days after the threat of the coalition spokesman of the US-Saudi aggression, Turki al-Maliki, to launch more brutal strikes against the Yemeni people. 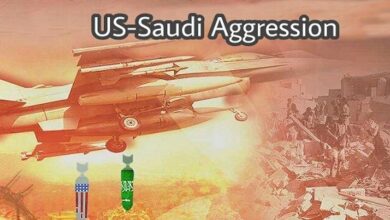