On Monday, the clashes took place between the Shia fighters and a militant group on the outskirts of Amran city.

The Takfiri militants also attacked houses of civilians by mortar shells in a village located north of Amran.

Footage of the attack also shows direct shootings at civilians in the village.

On Saturday, local officials said that Yemeni air force fighter jets bombed Shia Houthi positions around Amran, adding that “a large number of casualties” were caused in the violence.

Yemen’s Houthi movement draws its name from the tribe of its founding leader Hussein Badreddin al-Houthi.

The Houthi movement played a key role in the popular revolution that forced former dictator Ali Abdullah Saleh to step down.

Saleh, who ruled Yemen for 33 years, stepped down in February 2012 under a US-backed power transfer deal in return for immunity, after a year of mass street demonstrations demanding his ouster. 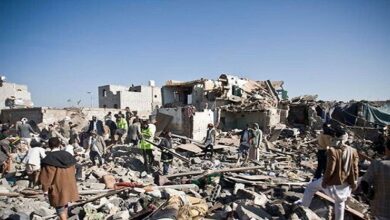