The leader of Yemeni Shia Houthis Abdul Malak al-Houthi announced on Monday the withdrawal of Zaidi fighters from positions they had occupied inside Saudi Arabia since fighting broke out on the border in November. “We announce our full withdrawal from all Saudi territory,” al-Huthi said in an audio message, describing the move as an “initiative.” He warned, however, that the Houthis would launch an “open war” if the Saudi forces attack them. Saudi Arabia on January 12 announced that the Houthis were ousted from their last foothold within the kingdom, but the Houthis swiftly denied the report and said they were still in control of the border village of Al-Jabiri. “The initiative comes because we are keen on stopping the bloodshed and bring to an end the aggression against civilians” in villages in north Yemen, Houthi said. “This is to present a real chance for peace… in the interest of the two peoples that are neighbors,” he said. “If the Saudi regime maintains its aggression after this initiative, it would be showing that its intention is not to defend its territory, but to invade our areas” in north Yemen, Houthi said. “This would give us the right to open many fronts and launch an open war.” Houthi reiterated that the reason behind the fighting with Saudi Arabia was its “regime’s decision to open its land and military bases to the Yemeni army to use in aggression against us.” It was also because of “the Saudi air force’s participation in striking” areas of north Yemen, he added. 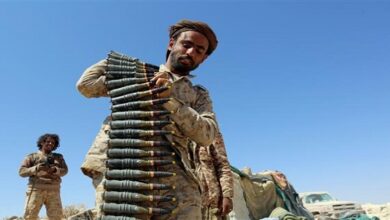 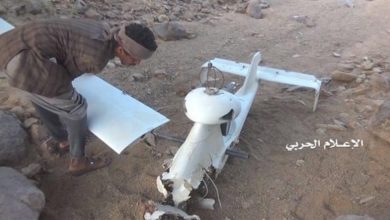