Saudi Arabia’s fighter jets are still attacking northern Yemen, carrying out more than 18 airstrikes only on Sunday, Yemeni Houthi Shias say. The Shia fighters declared that the attacks targeted villages in the Malaheet and Mount al-Madoud regions. Saudi Arabia launched its military attacks in Yemen in November after accusing the fighters of killing two of its border guards. Â Â The fighters rejected the accusations saying that Riyadh launched the operations to help the Yemeni government in its crackdown on the country’s Shias which began in August. Head of the US Central Command Gen. David Petraeus revealed on Sunday that the Saudi government has allocated $2 billion to the Yemeni government to fight “terror” within its borders. There are reports that Saudi Arabia has used phosphorus bombs in Yemen. Civilians have been the main victims of the all-out war which has been fueled by foreign military intervention in the poorest Arab country in the region. The conflict in North Yemen began in 2004 between Sana’a and Houthi fighters. Relative peace had returned to the region until August 11, when the Yemeni army launched a major offensive, dubbed ‘Operation Scorched Earth’, against Sa’ada Province. The government claims that the fighters, who are named after their leader Abdul Malik al-Houthi, seek to restore the Shia imamate system, which was overthrown in a 1962 military coup. The Houthis, however, say they are defending their people’s civil rights, which the government has undermined under pressure from Saudi-backed Wahhabi extremists. Shia citizens of Yemen form a clear majority in the North and make up approximately half of the overall population. The United Nations, which according to its charter is set up “to take effective collective measures for the prevention and removal of threats to peace, and for the suppression of acts of aggression or other breaches of the peace,” has failed to adopt any concrete measures to help end the bloody war. 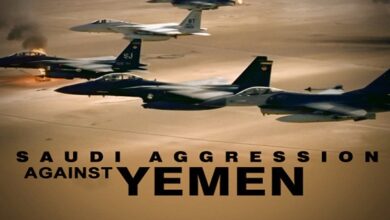 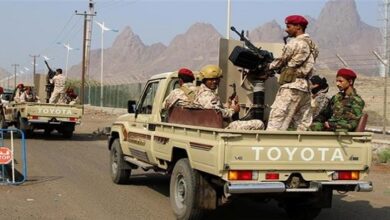