An official in the government of Yemen’s former president says the United Arab Emirates (UAE) is trying to fragment the impoverished country by creating separate “regional and tribal armies” in southern parts of the war-hit country.

Yemen has been suffering grievously from a deadly war launched by Saudi Arabia and a number of its allies, including the UAE, since March 2015.

The Saudi-led coalition has since been attempting unsuccessfully to reinstall Yemen’s former president Abd Rabbuh Mansur Hadi, a staunch ally of Riyadh, and crush the popular Houthi Ansarullah movement, which holds large swaths of land in Yemen and that during the past three years has been running state affairs and defending Yemeni people against the Saudi brutal aggression.

Hadi’s minister of transportation, Saleh al-Gabwani, said on Monday that his convoy had been cut off by UAE-backed forces as he was on route to inaugurate a new port in Balhalf, situated in Yemen’s southern province of Shabwah a day earlier.

The industrial town of Balhalf, which hosts the largest natural gas plant in the Arab country and plays as a major terminal as well, is now occupied by the UAE forces.

“There are tribal and regional armies set up by the Emiratis,” Gabwani told a gathering of local and officials, adding, “We as a state can’t accept continuation of this situation.”

He added that the so-called Shabwah Elite Force, one of several units that only answer to the UAE, had informed him that the Emiratis had ordered them to bar him from reaching the port.

The UAE, which is a significant part of the war machine Riyadh unleashed against Yemenis, has reportedly trained and financed forces that only answer to the Emiratis, and also has backed a newly formed a pro-secessionist body known as the Southern Transitional Council (STC).

On January 28, STC’s separatists launched an assault in Aden, taking control of a number of sites and military camps run by forces loyal to Hadi following intense and deadly clashes. They swiftly seized the presidential palace in the southern port city, calling for the Yemeni self-declared government’s resignation.

Prior to the offensive, Hadi had resigned and fled to Riyadh and is reportedly under house arrest in the Saudi capital. However, the Saudi regime and its allies later managed to seize most parts of Aden.

Given its economic importance, Aden’s control would lend considerable leverage to any side exercising ultimate control over the port.

Meanwhile, Lana Nusseibeh, the ambassador and permanent representative of the UAE to the UN, said that her country would retain its troops in Yemen as long as Abu Dhabi deems it necessary.

At least 13,600 people have been killed since the onset of Saudi Arabia’s campaign. Much of the country’s infrastructure, including hospitals, schools and factories, has been reduced to rubble due to the war.

Famine and outbreaks of cholera and diphtheria are other results of the Saudi-led war. 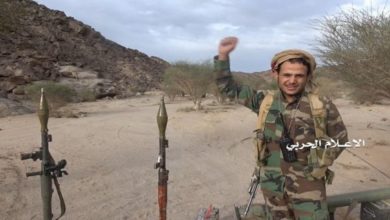 Diphtheria spreading in Yemen amid Saudi war: WHO 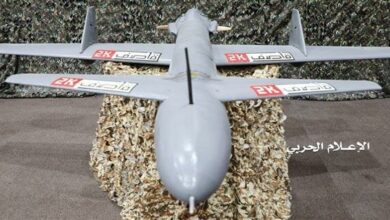