A Saudi airstrike has destroyed a major house in the northern Yemen city of Saada, killing its owner, Shi’ite imam Saleh Abu Zainah, and 15 other civilians, all members of his extended family.

The imam, his family, his two sons and their families all died in the attack. At least four of the slain were children.

The airstrikes brought the house down on top of the family within, and while locals scrambled to try to dig any survivors out of the rubble, they reported that Saudi warplanes continued to circle overhead throughout the rescue operation, raising fears of secondary strikes, Antiwar reported.

Saudi officials have not offered any details on why the house was attacked, but have been carrying out a growing number of such airstrikes across northern Yemen in recent weeks, killing large numbers of civilians.

Pictures taken by a Reuters photographer showed men digging up the body of a child from under the rubble.

“The air raid happened in the morning and because the house was made of mud, it took us until noon to be able to dig the bodies out,” said Nayef, a resident who helped remove the rubble to recover the bodies.

The international community has grown increasingly critical of the Saudi air war for its high civilian death toll.

The latest attack comes amid a new push to restart the peace process in Yemen, aiming to end the 18-month Saudi war. The Shi’ite Houthis have backed the peace talks, so long as the Saudis stop attacking them, but the Saudis have insisted that there is no circumstance in which the Houthis can ever retain any power in Yemen, and have insisted on unilateral disarmament and surrender of all their territory as a condition for talks.

The United Nations human rights office called on Aug. 25 for more light to be shed on the Saudi-led air strikes in Yemen and for violations, including attacks on protected sites like hospitals, to be punished.

Coalition air strikes are responsible for some 60 percent of the civilians killed since March 2015, a U.N. rights office said in a report last week. At least 10,000 people have been killed overall in Yemen’s 18-month-old war by Saudi mercenaries. 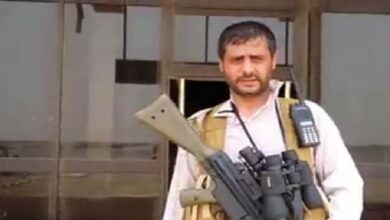