Yemen’s Houthi Ansarullah movement warned against the repercussions of repeated violations of a ceasefire in the war-torn country by Saudi Arabia and its mercenaries.

Ali al-Bukhaiti, a member of the political council of Ansarullah, on Monday underlined the movement’s position on the necessity for cessation of the war, saying that it has even made certain concessions to that aim.

“An agreement was reached with the Saudi side for a ceasefire in border areas,” he went on to say, according to a report by Al Mayadeen TV.

“The success of Kuwait negotiations hinges on the success of the ceasefire,” the Ansarullah figure stressed, warning against Riyadh’s continued breaches of the truce and Saudi jet fighters’ flying over Sa’ada and border areas of Yemen.

It was reported on Sunday that Saudi warplanes had bombarded a number of areas in Yemen’s southwestern province of Ta’izz, violating a UN-brokered truce agreement that had just taken effect.

Yemeni sources also said that Saudi warplanes had pounded several areas in the Yemeni capital, Sana’a, and the province of Omran.

This is while Riyadh had earlier issued a statement in which it pledged to honor the truce. Saudi Arabia is “going to respect a ceasefire… but reserves the right to respond” to any attacks by the Houthi Ansarullah fighters, the statement read.

The Houthis, along with allied army troops loyal to Yemen’s former president Ali Abdullah Saleh, had sent the UN a letter on Saturday, committing to “cease land, sea and air military operations” throughout Yemen.

The truce was announced by the UN special envoy for Yemen Ismail Ould Cheikh Ahmed as a step to calm the situation ahead of negotiations scheduled to be held in Kuwait on April 18.

In the lead-up to the truce, Saudi fighter jets intensified their bombing campaign against various Yemeni cities, launching airstrikes on dozens of civilian houses and properties.

Saudi Arabia’s aggression on Yemen began in March 2015 in a bid to reinstate Yemen’s former president Abd Rabbuh Mansur Hadi and undermine the Houthi movement, which took over state matters after Hadi resigned.

Nearly 9,400 Yemenis, including 4,000 women and children, have lost their lives in the deadly military campaign.

Yemenis, in return, have been carrying out retaliatory attacks on the Saudi forces deployed in the country as well as targets inside Saudi Arabia. 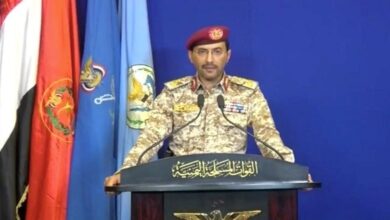 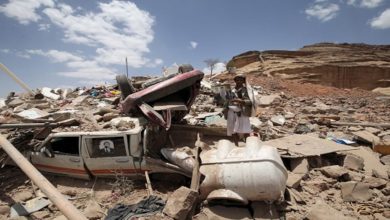