The Saudi warplanes raided on Tuesday Khamis market in Yemen’s Hajja, killing at least 107 civilians and injuring dozens of others.

For their part, the Yemeni army and popular committees repelled an attack launched by the Saudi-led mercenaries in al-Qasr area in Taiz, inflicting heavy losses upon them.

Yemeni judge, six members of his family martyred in Saudi aggression in Sana’a 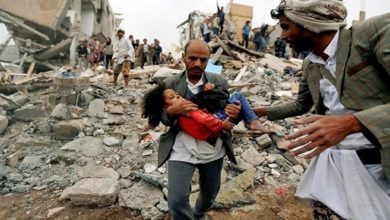