The United Arab Emirates has secretly sent some 300 Colombian mercenaries to fight for it in Yemen, paying handsomely to recruit a private army of well-trained, battle-hardened South American soldiers, sources told AFP.

The sources, who spoke on condition of anonymity, said the Colombians’ experience fighting leftist guerrillas and drug traffickers in their home country made them attractive recruits for the UAE, whose relatively inexperienced army is part of an Arab coalition fighting a brutal war against Yemen.

“Colombian soldiers are highly prized for their training in fighting guerrillas,” one source, a Colombian former army officer, told AFP in Bogota.

“Colombians have so many years of experience in war that they can take it.”

The presence of Colombian troops in Saudi-led bloody aggression on Yemen further complicates the situation and contributes to blocking the implementation of truce.

The source added the UAE sought to sweeten the deal by limiting tours of duty to three months and offering an extra $120 a day in combat pay.

“They want to make war an industry using Colombians as cannon fodder,” he said.

Saudi Arabia has been striking Yemen for 268 days now to restore power to fugitive President Abed Rabbu Mansour Hadi. The Saudi-US aggression has so far killed at least 6,594 Yemenis, including hundreds of women and children.

Despite Riyadh’s claims that it is bombing the positions of the Yemeni national military, Saudi warplanes are flattening residential areas and civilian infrastructures. 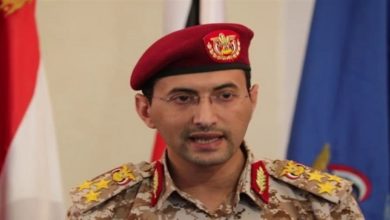