The initial plan was to create a force of some 3,000 Colombian troops, a move that angered Colombia’s own military, which has a lower wage for mercenary work, The exact number sent to Yemen is unclear, but believed to be significant.

The report says that the UAE has sent 450 Latin American troops, predominately Colombian mercenaries, to Yemen last month. Additional Colombian troops remain in the UAE and are completing training with grenade launchers and armored vehicles, which are currently operated by Emirati troops in Yemen.

“Wealthy Arab nations, particularly Saudi Arabia, Qatar and the Emirates, have in recent years embraced a more aggressive military strategy throughout the Middle East, trying to rein in the chaos unleashed by the Arab revolutions that began in late 2010. But these countries wade into the new conflicts — whether in Yemen, Syria or Libya — with militaries that are unused to sustained warfare and populations with generally little interest in military service,” it added.

“Mercenaries are an attractive option for rich countries who wish to wage war yet whose citizens may not want to fight,” the paper quoted Sean McFate, a senior fellow at the Atlantic Council and author of “The Modern Mercenary” as saying.

The NYT narrated that “the Colombian troops now in Yemen, handpicked from a brigade of some 1,800 Latin American soldiers training at an Emirati military base, were woken up in the middle of the night for their deployment to Yemen last month. They were ushered out of their barracks as their bunkmates continued sleeping, and were later issued dog tags and ranks in the Emirati military. Those left behind are now being trained to use grenade launchers and armored vehicles that Emirati troops are currently using in Yemen.”

Emirati officials have made a point of recruiting Colombian troops over other Latin American soldiers because they consider the Colombians more battle tested in guerrilla warfare, having spent decades battling gunmen of the Revolutionary Armed Forces of Colombia in the jungles of Colombia.

The paper said that the exact mission of the Colombians in Yemen is unclear, and one person involved in the project said it could be weeks before they saw regular combat. They join hundreds of Sudanese soldiers whom Saudi Arabia has recruited to fight there also as part of the coalition.

Moreover, a recent United Nations report cited claims that some 400 Eritrean troops might be embedded with the Emirati soldiers in Yemen — something that, if true, could violate a United Nations resolution restricting Eritrean military activities.

The paper revealed moreover that the United States has also been participating in the Saudi-led campaign in Yemen, providing logistical support, including airborne refueling, to the nations conducting the airstrikes. The Pentagon has sent a team to Saudi Arabia to provide targeting intelligence to the coalition militaries that is regularly used for the airstrikes.

The report said that the presence of the Latin American troops is an official secret in the Emirates, and the government has made no public mention of their deployment to Yemen, adding that the Emiratis have spent the equivalent of millions of dollars equipping the unit, from firearms and armored vehicles to communications systems and night vision technology.

Saudi Arabia has been striking Yemen for 245 days now to restore power to fugitive President Abed Rabbu Mansour Hadi. The Saudi-US aggression has so far killed at least 6,579 Yemenis, including hundreds of women and children.

Despite Riyadh’s claims that it is bombing the positions of the Yemeni national military, Saudi warplanes are flattening residential areas and civilian infrastructures. 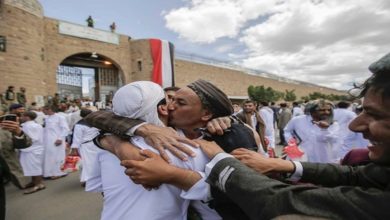 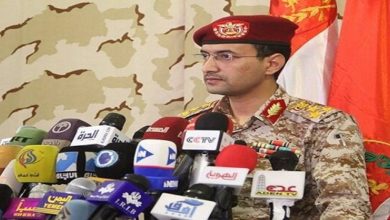