The Houthi Shias of Yemen have celebrated the auspicious occasion of Eid al-Ghadeer in the Capital Sana’a on the Mass Scale.

Their celebrations were officially held in the capital on Shab-e-Ghadeer night, Eram news network reported.

While in previous years, the occasion was marked with small ceremonies in Sana’a, this year Shias held mass celebrations.

This comes a few weeks after Houthis achieved victory in their uprising following a month of anti-government rallies.

Eid al-Ghadeer is the commemoration of a historic day in Islam. 14 centuries ago, on the 18th of month of Zi al-Hajjah, on his way back from his last Hajj Pilgrimage, Prophet Mohammad (PBUH) received a revelation from God, ordering him to halt the pilgrims at a pond called Ghadeer Khum, and to designate Ali ibn Abi-Taleb (AS) as his successor in guiding and ruling Muslims.

This Auspicious day is celebrated by a Large Number of Muslims around the world with Great Joy and fervor . As this is the day the Muslims of the World , infact Got the Chain of Leadership for the Muslim World after the Prophet Muhammad ( PBUH ) till the Dooms Day . So No Force or Group of People can Mislead the followers of Islam , after the death of the Last Prophet Muhammad ( PBUH ) , as it has been done with all the Previous Prophets which were sent By the All Mighty Allah for the Guidance and Preaching of the true Religion of Nature . 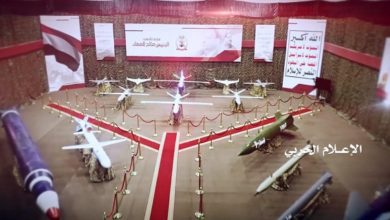