Saudi warplanes have targeted a school in the northwestern Yemeni province of Sa’ada in the 44th day of the kingdom’s aggression against the Yemeni people.

According to local sources on Friday, the Saudi airstrikes pounded a school in al-Jamimah region of Sa’ada. No report has yet been released on the casualties of the attack.

Reports said Sa’ada Province has been targeted with over 22 airstrikes since early Friday.

The Saudi aerial assaults on Sa’ada have claimed the lives of three civilians, including a woman, the reports added.

Nine members of a family also lost their lives following Saudi airstrikes on the western province of Hajjah.

The new Saudi strikes came a day after Riyadh announced plans for a five-day ceasefire in its brutal war against Yemen.

Saudi Foreign Minister Adel al-Jubeir announced the decision at a press conference with US Secretary of State John Kerry in Riyadh. The Saudi official, however, did not comment on the exact date of the start of the so-called “humanitarian pause.”

Saudi Arabia started its military aggression against Yemen on March 26 – without a UN mandate – in a bid to undermine the Houthi Ansarullah movement and to restore power to fugitive former president, Abd Rabbuh Mansour Hadi, who is a staunch ally of Riyadh.

The Saudi military campaign has reportedly claimed the lives of over 1,200 people so far and injured thousands of others. Hundreds of women and children are among the victims, according to the World Health Organization (WHO). 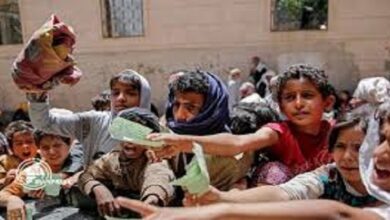 UNICEF: Over 5,000 kids killed by Saudi war on Yemen 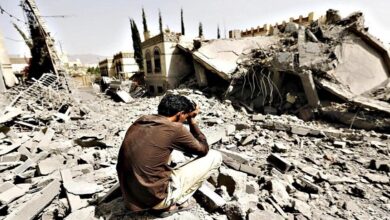