Yemeni revolutionary forces have launched another rocket attack on the Saudi border city of Najran to retaliate Riyadh’s deadly airstrikes against the Yemeni people. According to reports on Thursday, at least four rockets landed in the southern Saudi city near the Yemeni border.

No information has been released on the possible casualties of the attack. On Wednesday, rockets fired by the Yemeni fighters hit a prison in Najran, killing a Saudi officer. The attacks came after a similar incident targeted Najran on Tuesday, leaving three Saudi forces dead while damaging state buildings and military bases in the area.

Riyadh has declared a state of emergency in Najran following the attacks. Earlier on Thursday, sources close to the Ansarullah fighters of the Houthi movement said Yemeni tribesmen shot down a Saudi Apache helicopter gunship in the al-Boqa’a region, east of Yemen’s northwestern province of Sa’ada.
The helicopter was targeted when it was attacking the border area, the reports added.

Riyadh, however, said that the helicopter was not targeted, but had to make an emergency landing.

Meanwhile, reports indicate that Sa’ada has come under fresh artillery fire and aerial assaults by the Saudi military. There has been no report on the possible casualties.
Saudi Arabia started its military aggression against Yemen on March 26 – without a UN mandate – in a bid to undermine the Houthi Ansarullah movement and to restore power to fugitive former president, Abd Rabbuh Mansour Hadi, who is a staunch ally of Riyadh.

The Saudi military campaign has reportedly claimed the lives of over 1,200 people so far and injured several thousand of others. Hundreds of women and children are among the victims, according to the United Nations health agency. 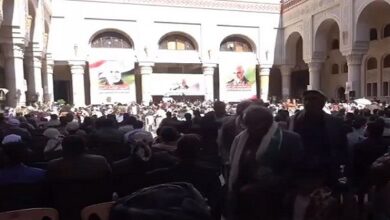